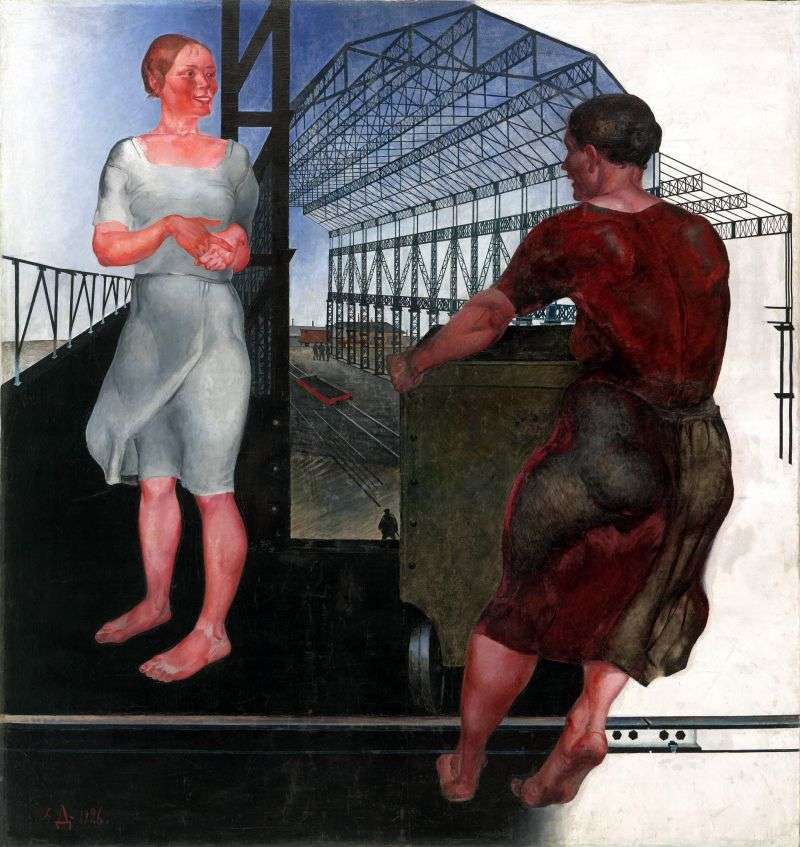 Deineka’s painting At the construction of new workshops refers to the period of the artist’s passion for industrialization. Within the framework of this direction he created a number of works that reflected the spirit of socialist construction.

Deineka, like other representatives of the OST, sought to find an artistic language capable of expressing in a figurative way the modern stage of the country’s development. In the painting At the construction site of new workshops the artist uses the method of photographic editing. On the background of the factory landscape, three-dimensional figures of people stand out.

The powerful back of the rollbacker contrasts with the figure of the girl, placed in a special perspective plan, which gives her a certain ease. The background of the picture At the construction site of new workshops was solved in the form of a graphically clear picture of factory buildings. The juxtaposition of three-dimensional figures and background creates a special dynamic composition.

Graphic style Deineka, formed under the influence of his teacher, a prominent Soviet xylograph and graphic Favorsky VA, is a characteristic feature of his work after VHUTEMASovskogo period. This manner of the master was also shown in his outstanding painting The Defense of Petrograd.