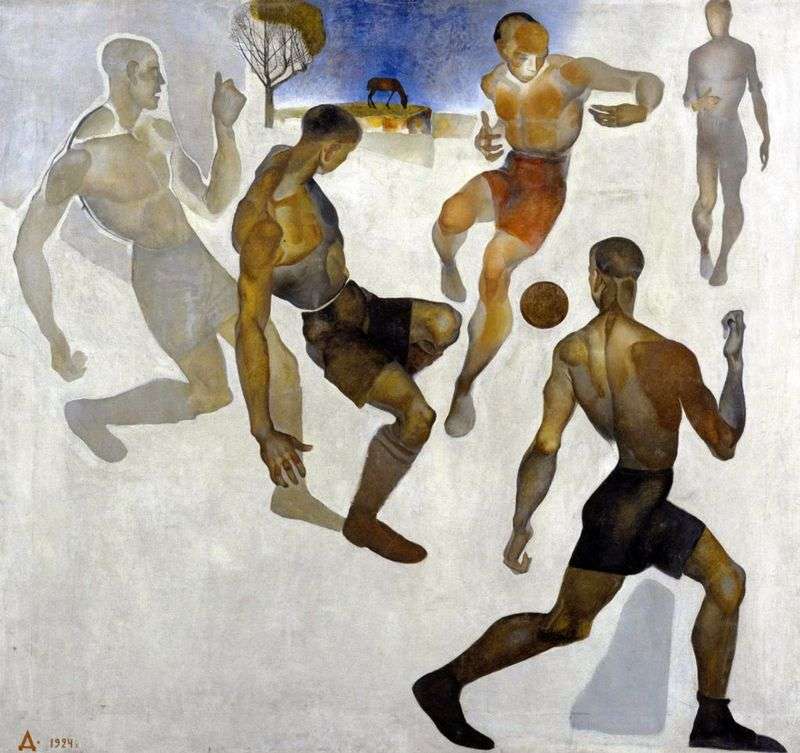 “He wrote football, he loved the game, he knew it like thousands of my peers, like tens of thousands of excited spectators, every time the game prompted me to want to paint a picture. I did dozens of drawings and, sketching one of the many unsuccessful sketches, I found out that the sketch does not fit into compositional norms of familiar paintings. I was composing a new plastic phenomenon and had to work without historical footnotes.

I guessed to write something that worried many, interested. There was luck in my work. The game pushed me into my own language. Later I understood why, when other life was raging around, people in khaki went in the car parks, corpses were transported by waggons – there was a civil war; artists, many, at least, wrote the usual: French landscapes, ladies in crinolines. They did not write what they saw, but what they did not need at all. The picture was much later than the poster, began to find its revolutionary face.

The case with football is an ordinary case. I do not know the true artistic work, which, responding to the demands of an advanced contemporary, would not have had to solve a number of new problems of an ideological, plastic order in order to be on top of its time. “AA Deineka