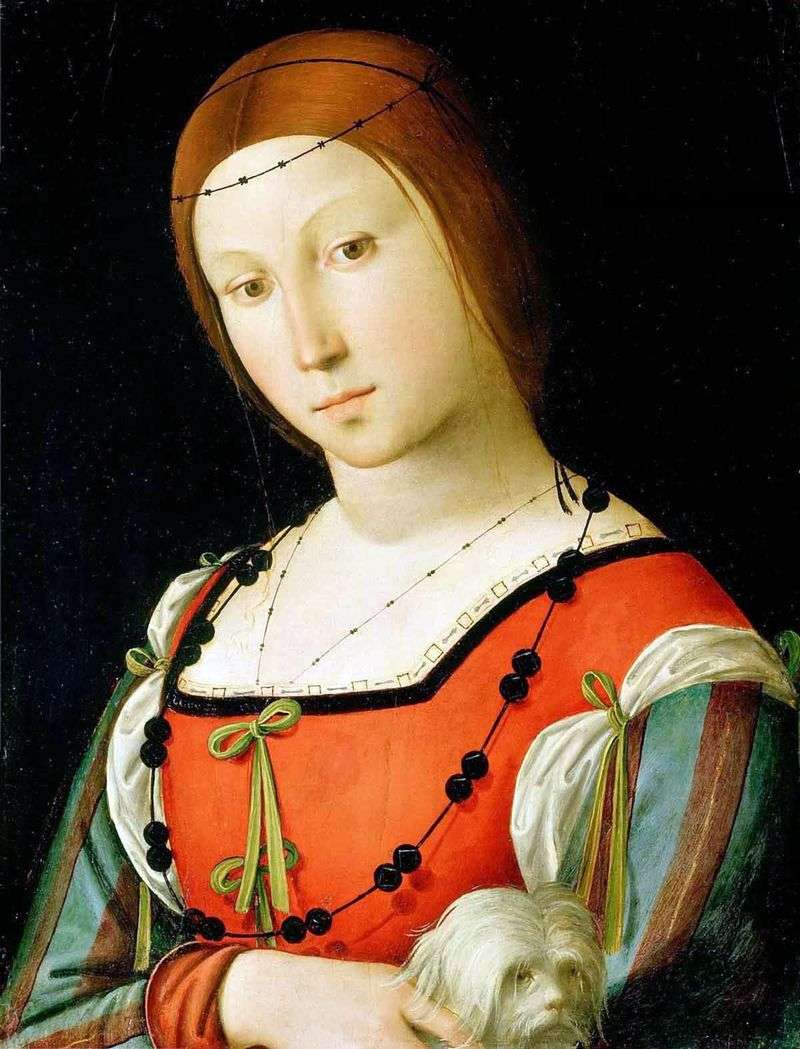 Woman with a room dog [1500] The creative style of the artist from Ferrara Lorenzo Costa took shape in Bologna, where he moved to 23 years. From the first decade of the XVI century. Bologna painting was strongly influenced by the art of Raphael.

In the Renaissance, the portrait became an independent and extremely popular genre, as it allowed artists to express their ideas about the exceptional value of the human personality as fully as possible. The compositional decision of the portrait, typical of the end of the 15th – beginning of the 16th centuries, is characterized by simplicity and conciseness.