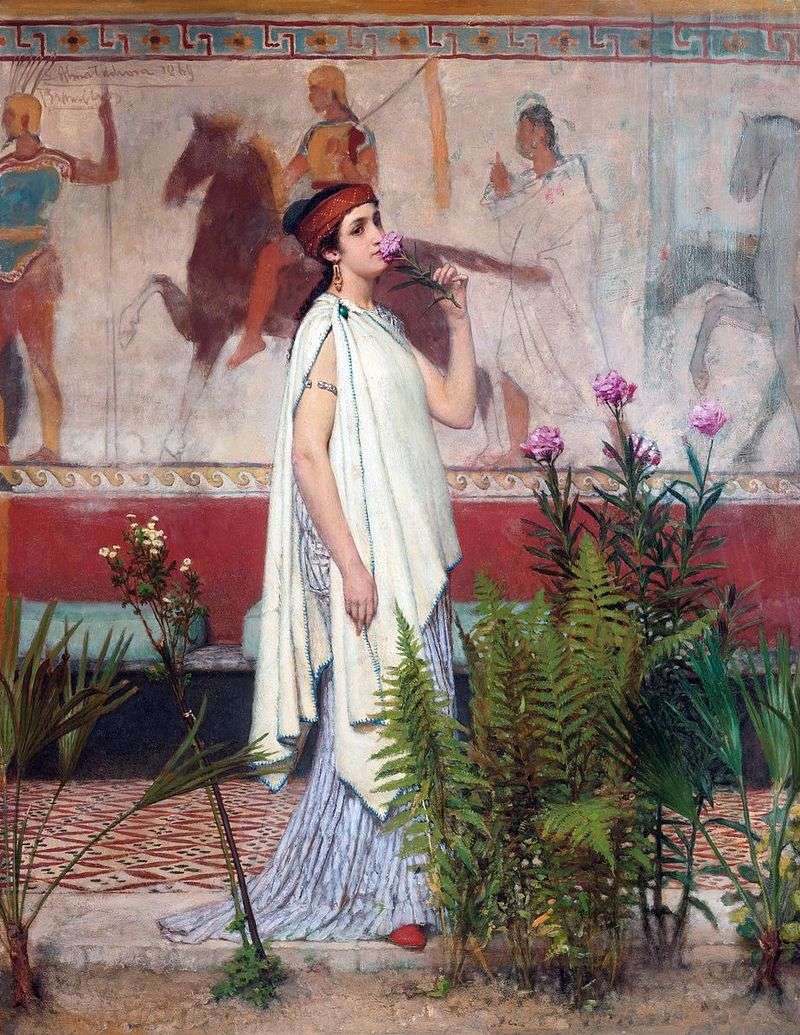 Women had to fight for many centuries of the history of modern civilization – first of all, if not for equality with men, at least for worthy rights that do not infringe upon their elementary human dignity.

Women have been catastrophically unlucky since ancient Greek times. So, a married Greek woman was an absolutely disenfranchised being and had no right to leave the house alone – only accompanied by a slave or slave servant. Even the games of women were not allowed – and not only because the male athletes performed completely naked, but also because the games were considered sacred, semi-religious.

In the picture of the English painter Laurence Alma-Todem, we see one of the few Greek women in the world painting – still naked men, gods and heroes, the artists wrote much more often.

One involuntarily recalls one of the sculptural types of ancient Greek sculpture – the so-called. bark, ie, a fully draped woman. The artist has already shown courage, that he showed naked hands and elbows in this Greek woman. She herself is seen behind a completely innocent occupation – breathing in the fragrance of the flower just torn in the garden. The wall of the flower garden, serving as a backdrop, preserved images of mounted and foot soldiers, there passions are seething. And here – everything smells and breathes peace.