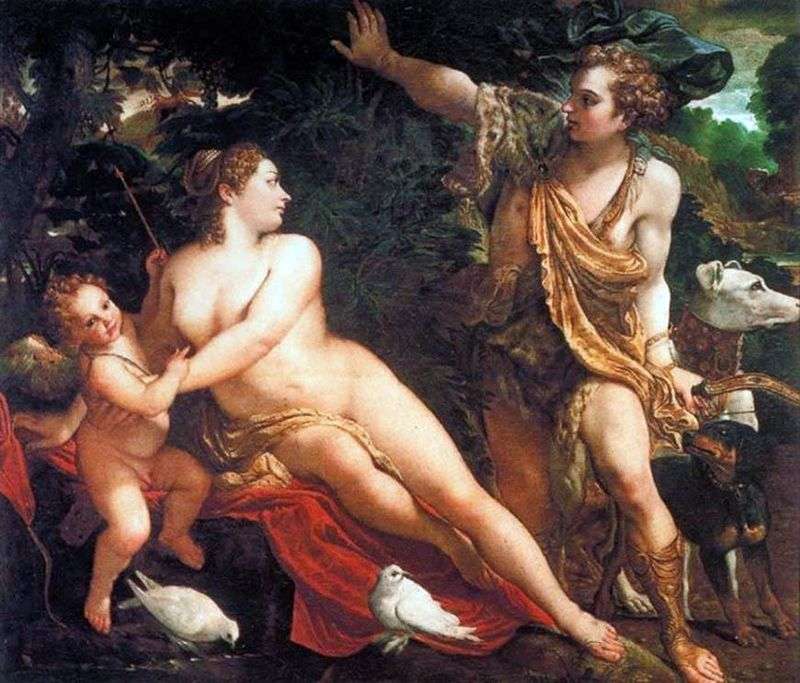 Putti and cupids appear on many mythological canvases by Annibale Carracci. These characters, our hero, apparently borrowed from Raphael. In the picture “Venus, Adonis and Cupid” little angel is only one – this is the winged god of love Amur. Before proceeding to the “Triumph of Bacchus and Ariadne”, Carracci did a tremendous preparatory work. He carefully arranged the composition of the fresco and selected the necessary colors.

The latter were fairly faded from time, and only during the recent restoration it was possible to restore their original radiance. The master wrote “Triumph” in the traditional technique of “buon fresco”, applying paints to the raw plaster. Note that Carracci was the first since the times of Michelangelo painter, who did so meticulous work on the fresco, without dropping any preparatory stage. In the same way as Michelangelo, he made from nature a great many preliminary drawings of individual figures and groups, and then transferred these sketches to full-scale cardboard from which the composition was transferred to the ceiling of the Farnese Gallery.

Pay attention to the little angel with the cup. Its pink body contrasts wonderfully with the cold tones of the sky. Waving tissue is divided into clear areas of light and shadow, and the volume of the puti body is given by a softer, graded chiaroscuro.

The figure of the putti is depicted in perspective, which once again speaks of the high skill of Carracci-risovalytsik. To the angel seemed really flying in the sky, Carracci wrote it in a very complex foreshortening.