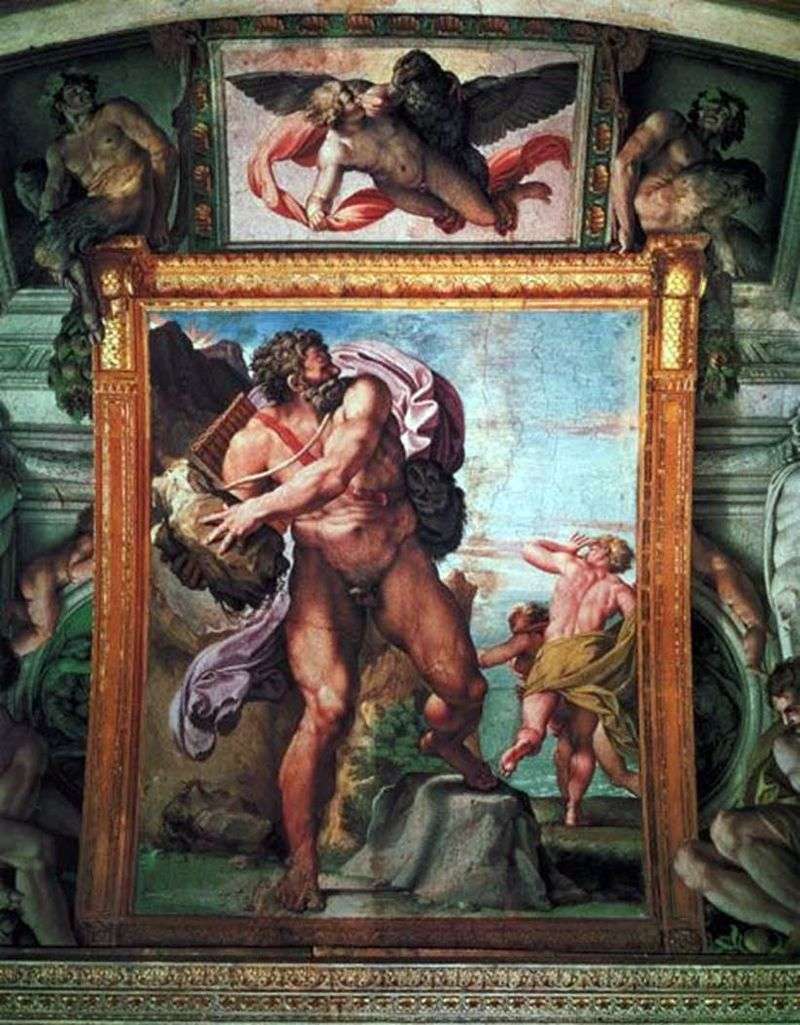 Like most of the frescoes of the Farnese Gallery, this work is written on a plot taken from Ovid’s Metamorphosis. In the opposite end of the gallery there is a picture, a steam room to the “Rage of Polyphemus”, where the background of this scene is depicted. Cyclops Polyphem fell in love with the marine nymph G-latte and long tried to win her heart by playing the flute. But Galatea never fell in love with the one-eyed Polyphemus and preferred the young shepherd Athis to him.

Seeing them together, Polyphemus was enraged and, in a fit of jealousy, killed the youth, hurling a huge piece of rock into it. Galatea for a long time was sad about the death of Assis, and then turned her unfortunate lover into a river. Apparently, Annibale Carracci in the work on the “Wrath of Polyphemus” followed the instructions of Leonardo da Vinci, who wrote that “he who wants to depict a stone thrower must turn his legs towards the chosen goal, and his body in the opposite direction.”

Above the “Wrath of Polyphemus” is a panel where another scene from Ovid is depicted – “Abduction of Ganymede”.