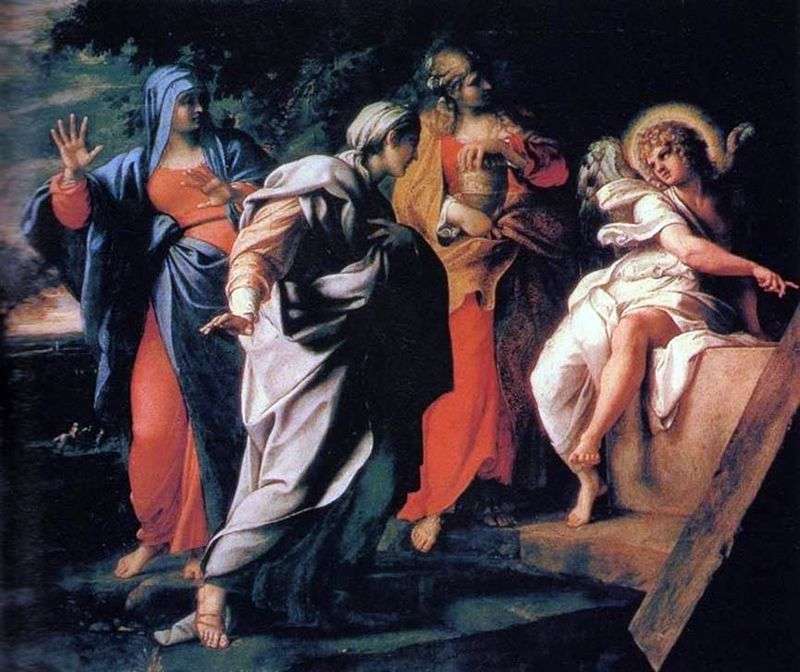 No matter what glory Carracci brought to his “pagan” murals Palazzo Farnese, but most of the work he wrote yet on traditional religious subjects. From 1584 to 1595 he created quite a few large altar images, demonstrating a gradual increase in skill. After 1595, the artist painted relatively few religious paintings.

Being busy with the painting of the Farnese Gallery, he found time only for small works. One of the masterpieces of this period was the painting “Three Mary at the Holy Sepulcher.” Later, this “incomparable”, according to one of the biographers master, the picture was acquired by the English King Charles I.

In addition, the Roman period includes several triptychs, including such expressive work as “The Descent from the Cross.” At the end of his life, Carracci began to create compositions for large altar images, but wrote them to his students.