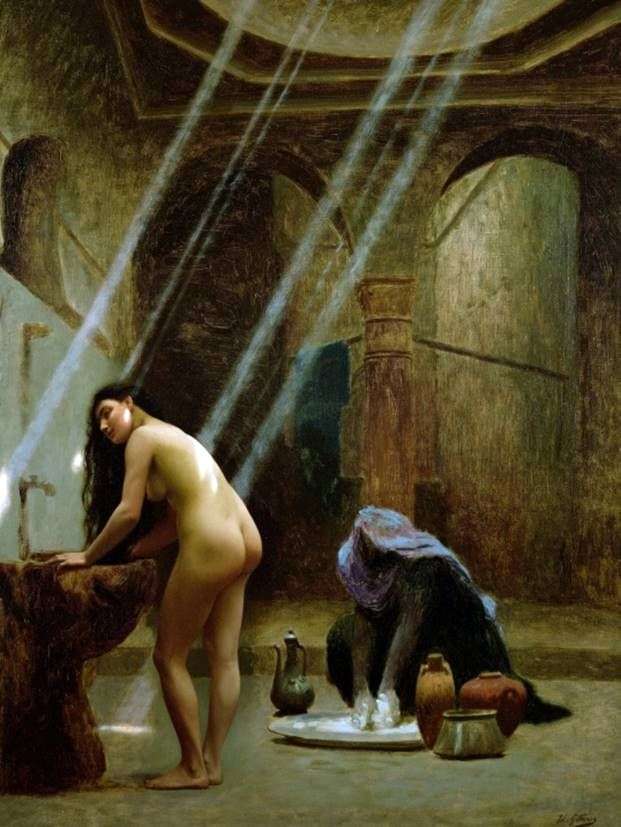 AS Pushkin once in a private letter said: “Bath is our second mother.” Said not in the eyebrow, but in the eye! For a Russian person, a bath day is special and almost holy. However, for the European and for the Eastern man everything is completely different. By the way, it is surprising that up to the Crusades to the East, Europeans, who considered themselves enlightened and civilized, had no idea about the baths. Even the memory of the Roman terms was lost.

French artist Jean Leon Jerome repeatedly turned to the image of oriental baths and naked girls in them. Even the usual viewing of pictures is enough to get an idea of these baths and to understand for themselves that between Russian baths both in black and white, and baths, for example, Moorish – heaven and earth.

Yes, of course, clean completely naked, but otherwise… Wide spaces, high ceilings, arched openings, tiled patterned floor. In jugs on this floor, probably, all kinds of incense. The figure of the fully dressed servant looks, of course, contrastingly, but the servants did not dare to lift the eyes to the charming inhabitants of the harem – know your place! The main “highlight” of the picture is the streams of sunlight, beating right from under the arched dome, which makes the rather dark space seem transformed.