Home⇒
🎨Vecellio Titian ⇒
Tintoretto-Joseph and the wife of Potiphar 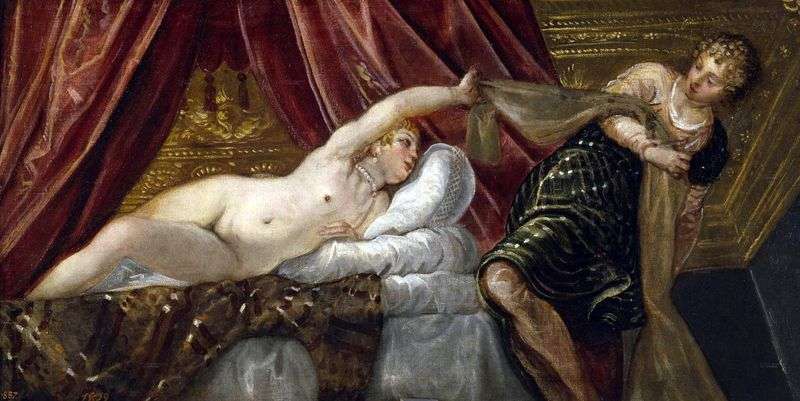 Painting Tintoretto “Joseph and the wife of Potiphar” represents a well-known biblical story about the seduction of the beautiful Joseph. As is known from the Bible, after the brothers sold Joseph, he went to Egypt, to a courtier named Potiphar. The wicked and treacherous wife of Potiphar tried to seduce Joseph, but he did not succumb to temptation.

Then, she accused him of trying to outrage her. Potiphar believed his wife and put Joseph in prison, but Joseph managed to justify himself before Pharaoh and took an important position with him. The picture shows the very moment of seduction: on the couch lies a luxurious naked woman and pulls the scarf of the young man who has recoiled from her.