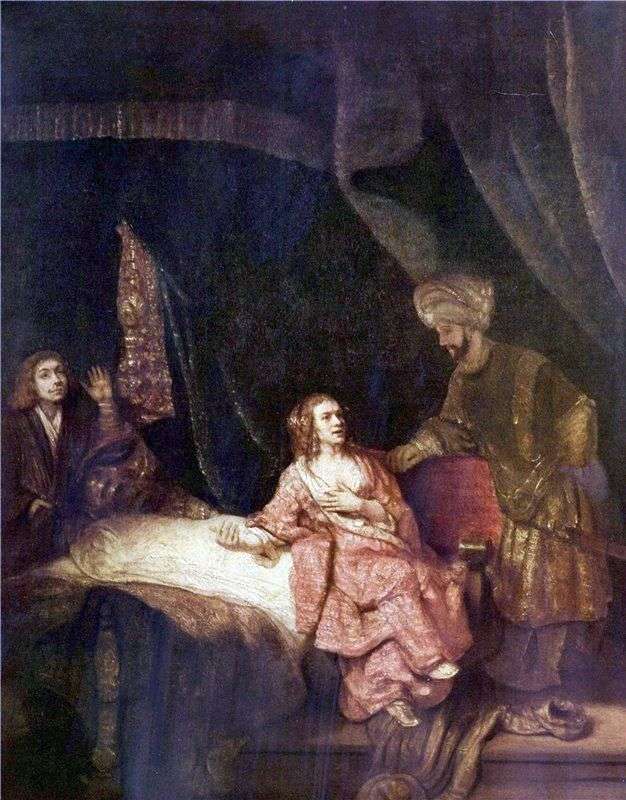 The story of the biblical patriarch Joseph is told in Genesis. Even in the parental home of Jacob and Rachel, their beloved son Joseph acts as a dreamer. Joseph’s father distinguishes him from his brothers, and, jealous of his special position and beautiful clothes, they sell Joseph into slavery to caravans going to Egypt. In Egypt, Joseph serves as a slave to the rich nobleman Potiphar, the head of the Pharaoh’s bodyguards.

Potiphar entrusts Joseph with his whole house, but Potiphar’s wife encroaches on his chastity, and Joseph escapes, leaving his clothes in the hands of a woman. Potiphar’s

wife, falling in love with Joseph, and failing to achieve reciprocity, accuses him of rape. In the prison where Joseph was sent, the baker and the tsar’s baker are with him. Joseph interprets their dreams, according to which the bread baker will be executed, and the baker will be forgiven after three days.

Joseph’s prophecy is being fulfilled, and the butler recalls him when the Egyptian priests find it difficult to interpret the pharaoh’s dream of seven fat cows devoured by seven lean and seven good spikelets devoured by lean. Joseph, summoned from prison, interprets a dream as a premonition that after the next seven years of a good harvest, seven years of cruel breeding will come. He advises Pharaoh to appoint a trustee to create stocks for the duration of the famine. Pharaoh appoints Joseph as a confidant, favors him with his ring, gives him the Egyptian name, and in wives, Egyptian Asnef, the daughter of a priest from Heliopolis.