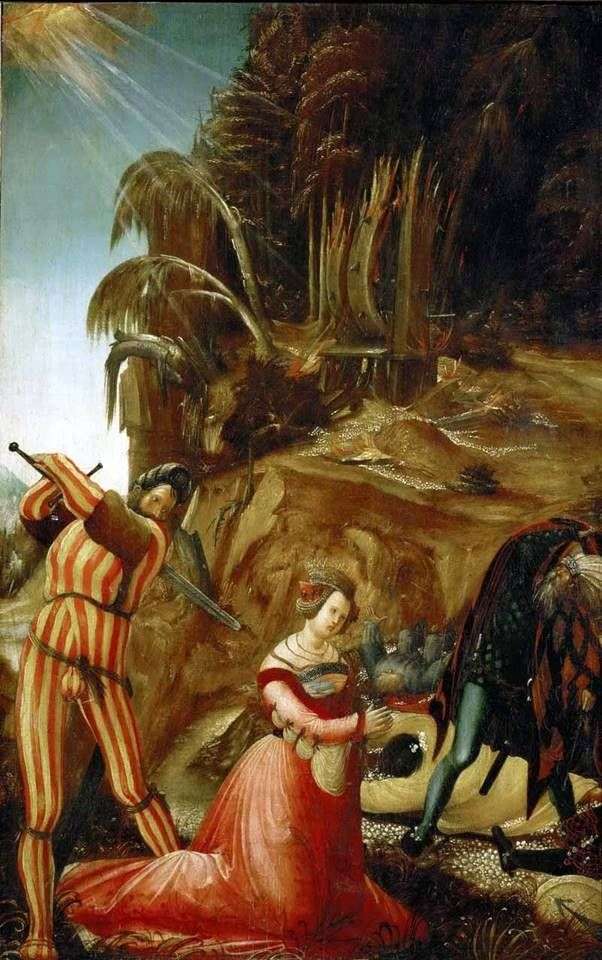 The most, after all, the execution of St. Catherine of Egypt, in large part due to the nobility of the girl and her beauty. Her fate and, especially, the execution became a story for many paintings and statues.

During the interrogation, Catherine publicly declared her faith in Jesus Christ and accused the emperor of paganism. The sages invited by the emperor from all over the empire tried to convince her, but Saint Catherine herself converted them to Christianity along with several members of the imperial family and representatives of the Roman aristocracy.

Under the threat of wheeling, she was offered to renounce the Christian faith and sacrifice to the gods. The saintly inexorably confessed Christ and herself approached the wheels, but the Angel crushed the tools of execution, and they flew to pieces, interrupting many pagans. The emperor again tried to deceive the holy martyr by offering her marriage, and was again refused. Saint Catherine firmly confessed her loyalty to her Heavenly Bridegroom – Christ and with prayer to him she laid her head on the scaffold under the sword of the executioner.

In the paintings, Catherine’s beauty was emphasized, which was most often depicted as semi-nude.