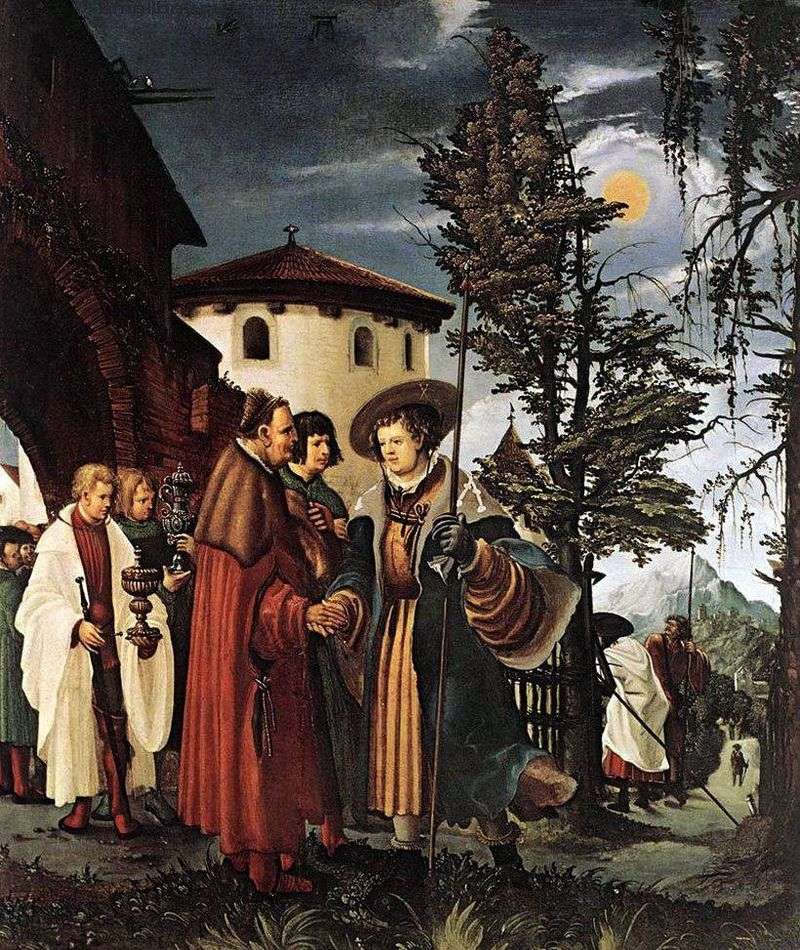 The painting “The Farewell of St. Florian with the Monastery” was written by the German artist of the Danube School Albrecht Altdorfer at the height of his talent. The size of the picture is 81.4 x 67 cm, wood, oil. Refers to the cycle of paintings “The Life of St. Florian”, presumably the series consists of eight paintings; perhaps, these were independent works intended for the columns of the church.

In the paintings of the artist of this cycle, human figures predominate, and the landscape is either completely absent or reduced to the position of the background. These compositions of Altdorfer are of much less interest. Such is the majority of the compositions included in two cycles of altar paintings depicting the passions of Christ and St. Sebastian’s martyrdom and scenes from the life of St. Florian.

In these works, Gothic tendencies, previously hidden in the artist’s work, are most strongly revealed, which affect the angularity of ugly clumsy figures, sometimes possessing an unpleasant touch of grotesque.