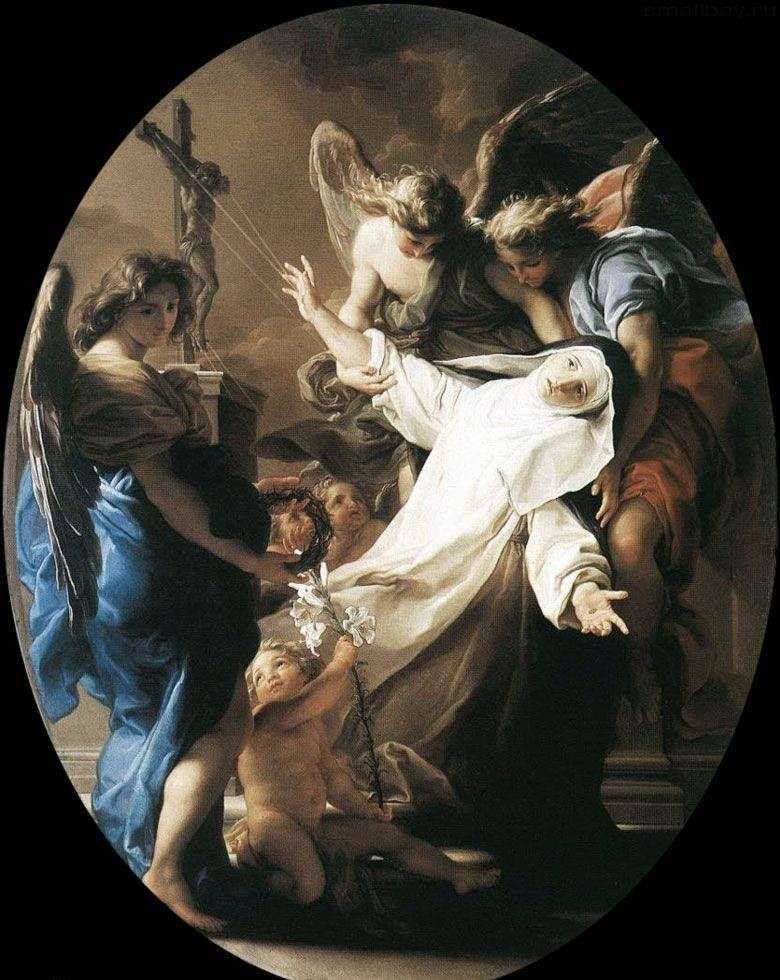 Painting of the Italian artist Pompeo Batoni “Ecstasy of Saint Catherine of Siena”. In the works of the early period of the work of the painter Pompeo Batoni on religious subjects, in paintings on allegorical and mythological themes, careful detail painting, elegant elegance of the drawing, cold and colorful tones, silvery in a stream of smooth, without contrasts of light, indicate the influence on the formation of the artistic style of Batoni picturesque traditions of the masters of the Bologna school, whose paintings the young artist copied in Rome. Catherine of Siena, a Dominican nun, a saint of the Catholic Church, a mystic, originated from the family of the dyer.

Catherine of Siena from an early age gave herself up to the mortification of the flesh and had visions. Having renounced marriage, about 1362 joined the sisterhood of the penitent sisters of St. Dominic. The terrible plague in Italy in the early 1370s led Catherine of Siena to selflessly care for the sick. In the legends of her visions, the influence of the legends about Catherine the Great Martyr is felt: Catherine of Siena thought she was engaged to Christ and wore a wedding ring visible to her only. Her charity and visions, penance and prophetic gift earned her respect and popularity, around Catherine of Siena grouped like-minded people.