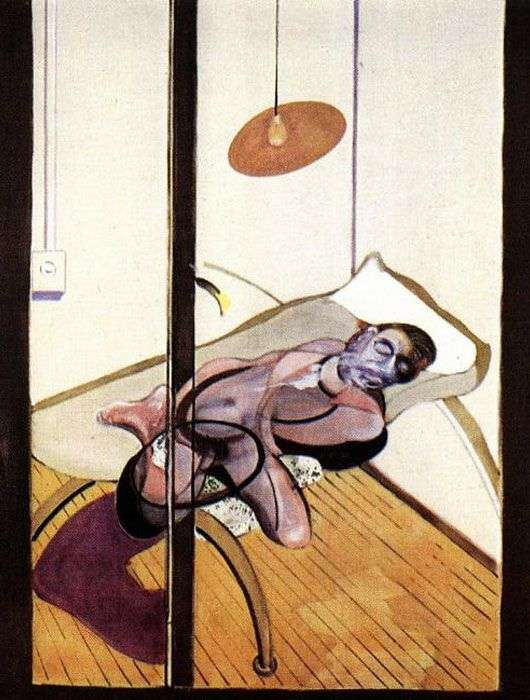 A lonely figure in a wretched interior is depicted in the painting by Francis Bacon “Sleeping Man”.

The artist accentuated the viewer’s attention that the sleeper is a man, even singled out his circle of belonging to the male sex. Bacon had his own passions – he loved men, he liked to write a man’s body, though he wrote just as peculiarly as a woman’s.

The embodiment of anguish over the artist’s deceased friend, Georges Dyer, most likely became this picture. The piercing loneliness, uselessness and defenselessness of an orphaned suddenly a man who has lost love, is felt by the viewer at first glance at the picture.

A swinging yellow lamp under the ceiling, a small ugly figure on a bare bed reminds me of the characters of Van Gogh’s paintings.