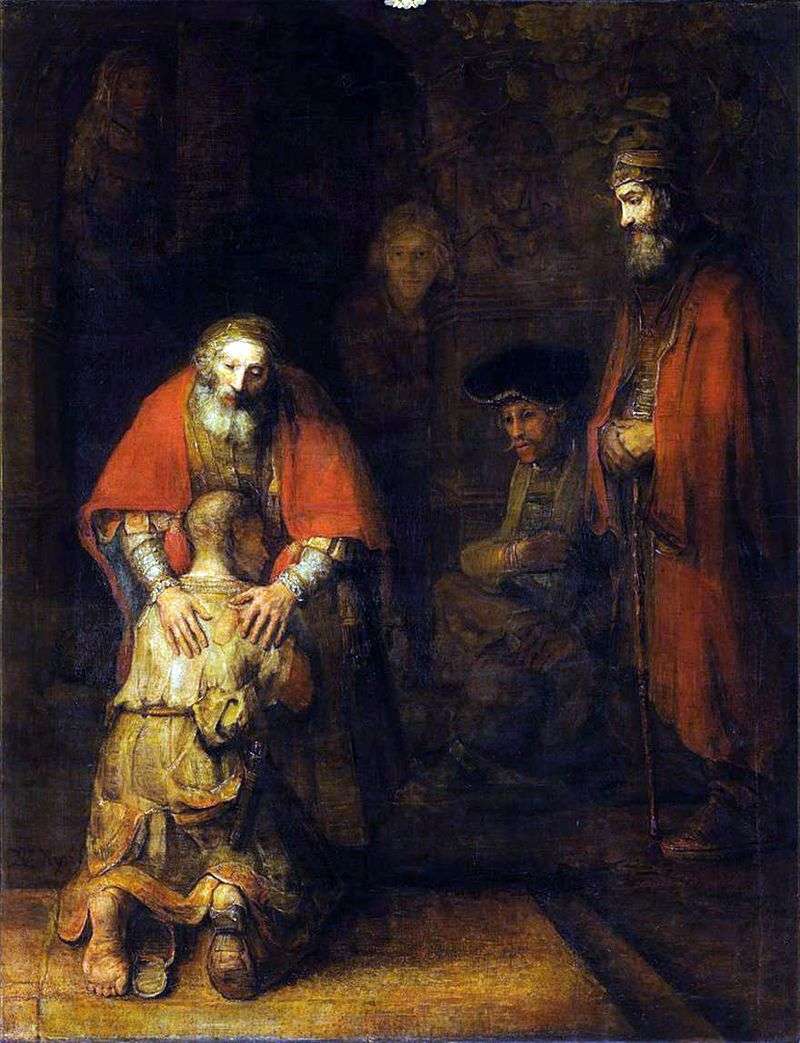 In the XVII century, it has gained a lot of popularity story of the prodigal son. The plot is the Gospel parable of the son who has decided to arbitrarily take away his father’s share of the inheritance due to him and to dispose of it at their discretion. He squandered the state, wasted it on pleasure, gambling and women.

When all the money was spent in the country where he was, a famine. He had to act in the service of man, which he was happy to feed even one trough with pigs. And then he thought about his father and decided to return to it, to be with him at least a slave. But father met him as if the prodigal son “died and rose again, lost and is found” – with open arms – and gave a banquet in honor of his son found. In allegorical form this parable speaks of the heavenly Father’s mercy to his earthly prodigal sons.

Many artists of the XVII century portrayed the prodigal son during the revelry or at the card table, hinting at the futility of worldly pleasures – these were serious and pictures, paintings and cartoons, illustrations, fun pictures with inscriptions. But no one was able to see so deeply and to realize the meaning of this parable in the artistic image as Rembrandt in the film “The Return of the Prodigal Son.” In order to create this masterpiece, he had a long and tragic way of life – a way of loss of loved ones, fame, fortune and recognition – and ended his life in poverty and oblivion.

From dusk of the room light picks out two figures: a father and son. Father takes his son in his arms, which fell to her knees in bitter repentance. Father blinded by grief, while waiting for his prodigal son, and, as if not believing his luck, hugs him.

How many in this gesture of fatherly love and tenderness.. And the picture was not so convincing, if not the sinewy old hands. Rags son, his bare heels dirty – as might have been otherwise, without the need for such “low” detail to convey the desperate poverty, which fell this man ?! Rembrandt felt so sinful, prodigal son, who came at the end of life to repent, and that was his painting “The Return of the Prodigal Son.”