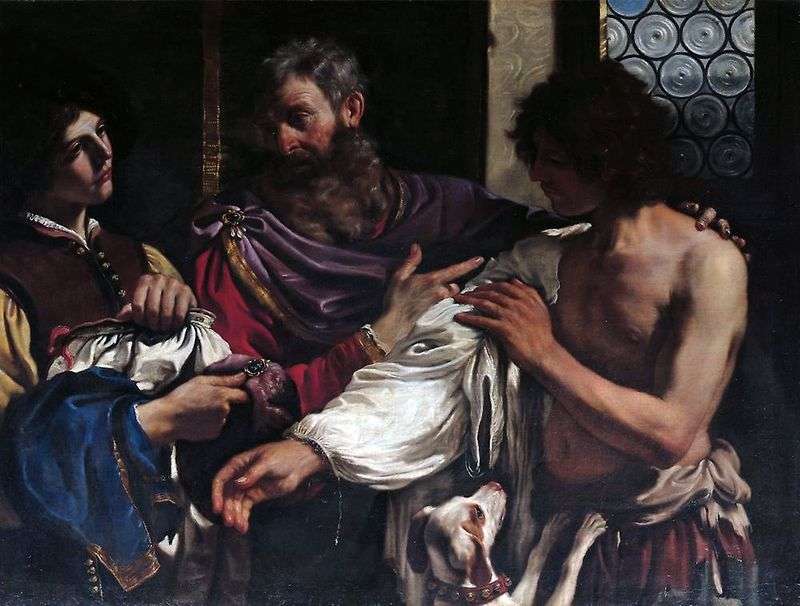 Barochny master Gverchino repeatedly turned to the evangelical parable of the prodigal son, interpreting it with all the passion inherent in the painters of this artistic direction.

In this picture, he painted a scene when the father, rejoicing at the return of the departed from the house and squandered his part of the inheritance to his son, orders him to bring him good clothes. The young man puts on the shirt of a thin canvas, and the father points at him to the servant who keeps the outfits. The dog, standing on its hind legs, faithfully looks into the eyes of the new-found master.

The author conveys the parable with all the clarity that the baroque art was capable of: its masters sought to convey in a vivid form to the believers the foundations of the Christian religion.

His work Guercino sought to have a strong emotional impact on the worshipers, so the painting of the canvas is heightened material: parts are written out, the bodies are full-blooded, draperies that lie tightly folded, tangible. But the idealization, with which the characters are depicted, and the divine light pouring into the work space, give it an exalted mood.