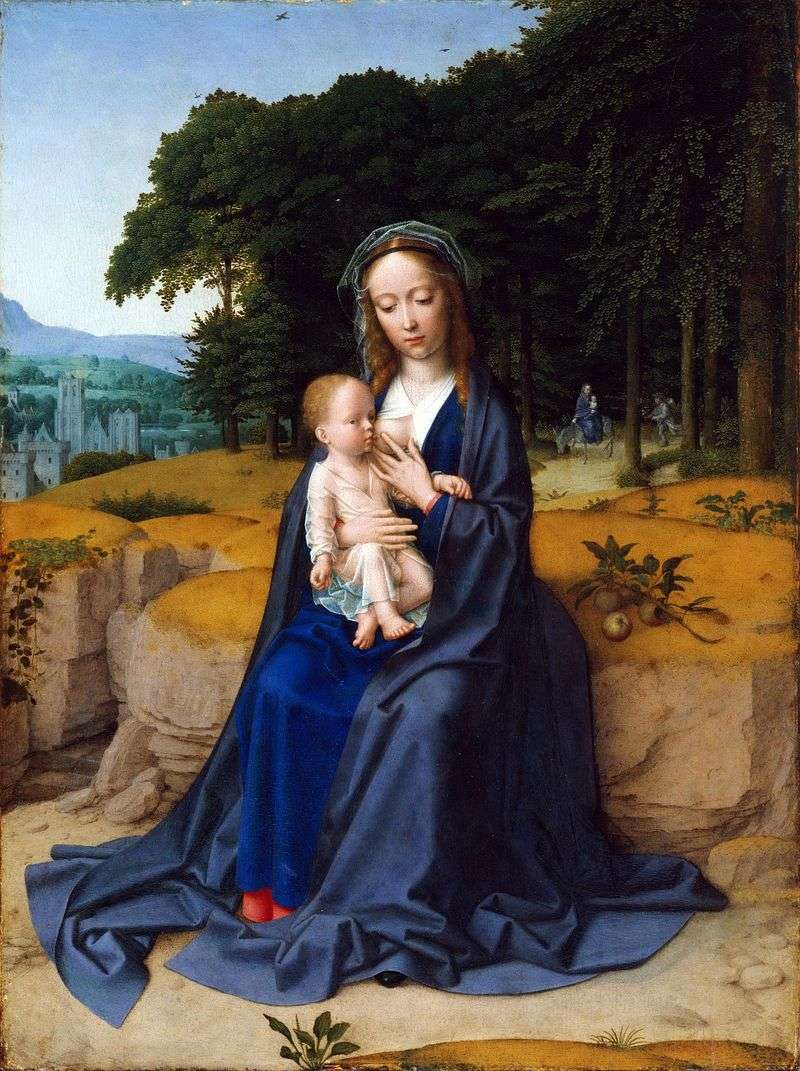 Gerard David – the last of the prominent painters of the XV century, who worked in Bruges. Almost all of his work is distinguished by a delicate analysis of religious content. Although the artist does not forget the samples of his famous predecessors, it is characteristic of him, however, to give up irrelevant details and pictorial excesses.

The main scene of the picture, of which there are at least two variants, is entirely centered on the figure of the Madonna feeding Jesus, featured with exceptional naturalness in the landscape. In the background, the traditional scene of the escape of the Holy Family is depicted.

The artist, who does not show love for detail, is inclined to reflect the essence of pure forms devoid of any stylistic dependence, which gives the composition as a whole the spirit of calmness and concentration: the work turns into an object of worship intended for religious contemplation.

Such a mystical atmosphere arises due to the color gamut, the game of green and blue tones, which give the painting a solemn dignity. The background landscape, stretching to the horizon, is decided in subtle shades of blue and green and, perhaps, anticipates the landscape painting of Patinir.