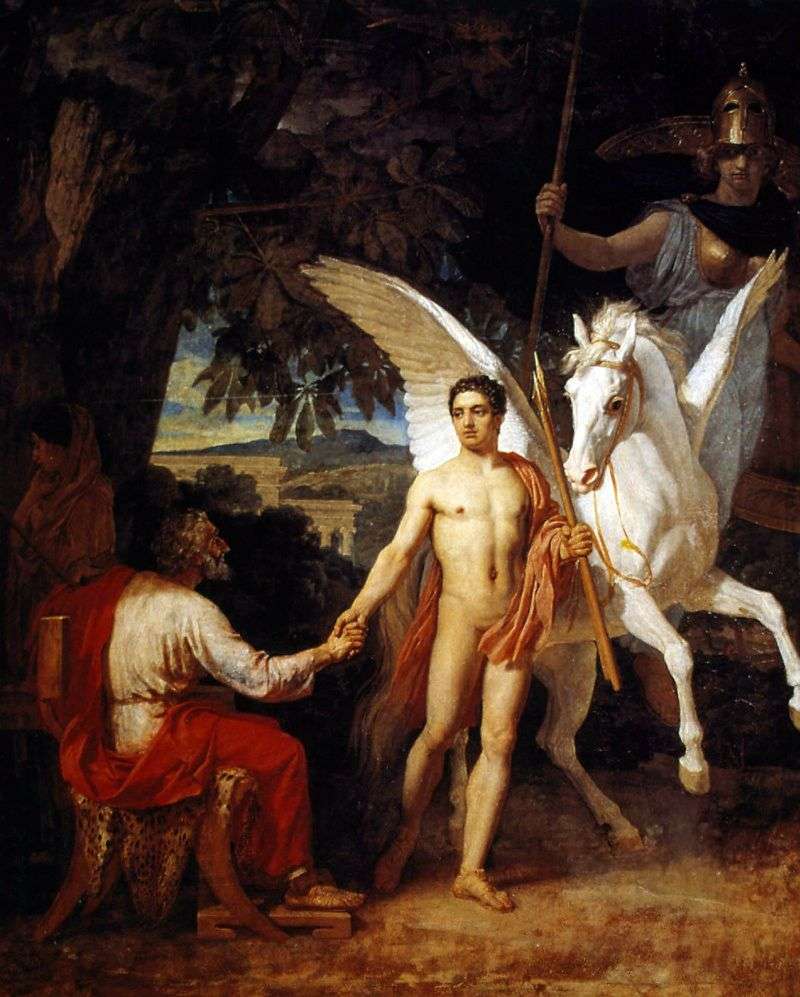 The picture is made on the plot of ancient mythology.

Bellerophon, the son of the Corinthian king Glaucus, the owner of the magical winged horse of Pegasus, performed many feats. Once, at the behest of the Lycian ruler Joabat, he went on a victorious campaign against the three-faced monster of the Chimera.

The work was offered to Ivanov as a sort of check after obvious luck – pictures “Joseph, interpreting dreams with prisoners in the dungeon cupbearer and baker.” As it seemed to some members of the Society for the Encouragement of Artists, at the expense of which Ivanov was to go abroad, such a young and inexperienced painter could not create such a mature work.

Therefore, it was decided to re-test the artist and entrust him with a new program on the mythological theme.

In a letter to his friend, Ivanov himself wrote that the picture “was received with displeasure: it was said that it does not exceed” Joseph in prison “and that [the members of the Society for the Encouragement of Artists] are offended that I do not listen to their advice in the composition’s reasoning.

In a word, the above picture almost shook my departure to foreign lands. “However, the artist’s trip did take place, and the year after the painting was written, the artist left for Italy, where he returned only twenty-eight years later.