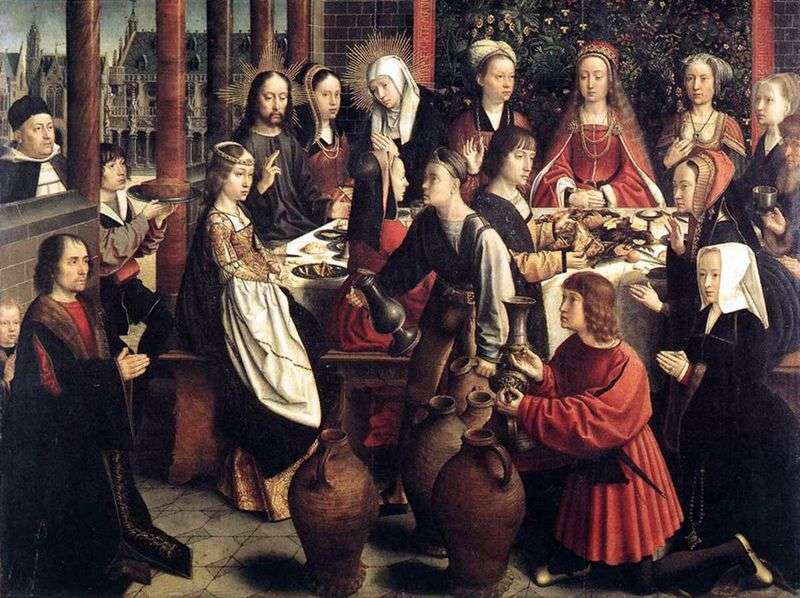 In his work, Gerard David continued the traditions of the masters of the Early Dutch Renaissance. His art was not distinguished by a bright innovation, in his works the artist followed the iconographic schemes that developed in the art of the Netherlands.

At the same time, David’s works are distinguished by the softness and juiciness of the picturesque manner, skill in the transmission of lighting. His painting is poetic, but the images created are distinguished by coldness, lack of external emotionality, dispassion with emphasized detachment and intense inner contemplation, accented by the artist with the help of a landscape background. This is also typical for the work of David’s work – “Marriage in Cannes.”

Little is known about David’s life. His name is mentioned in the documents of the city of Bruges, where the artist took the leading place among the painters after the death of G. Memling. In 1515, the master joined the Antwerp Guild of Painters, but later worked again in Bruges. David headed a large workshop.