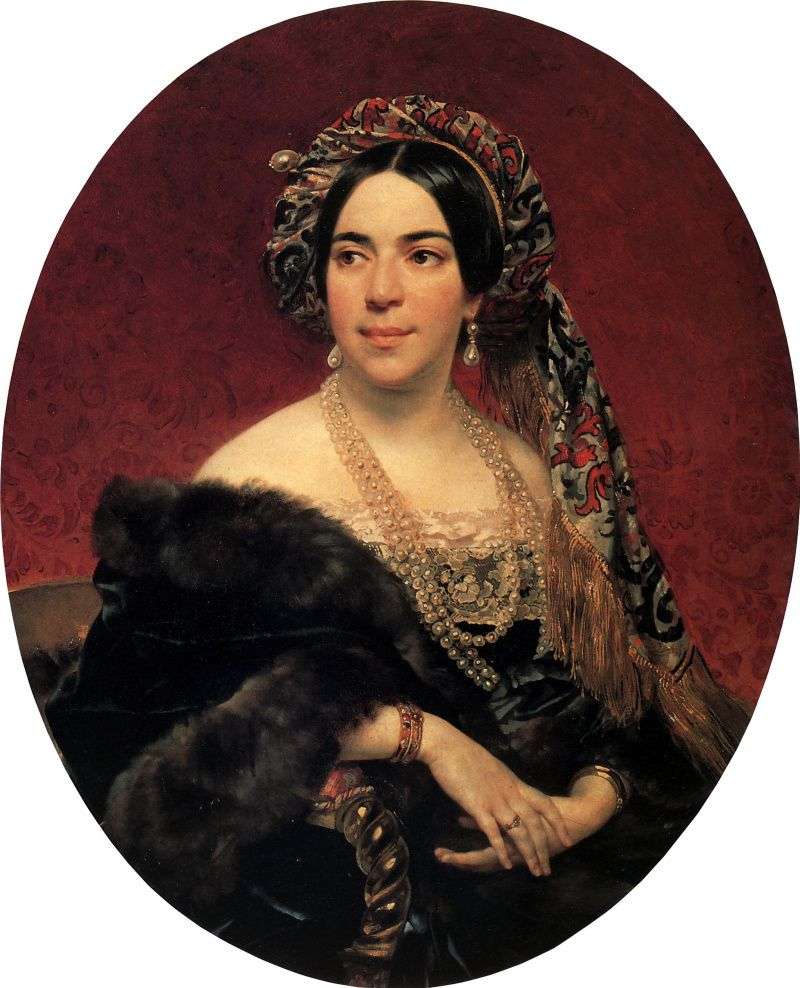 A camera-intimate portrait can to a certain extent be considered an image of the book. MP Volkonskaya, although he has more features than other similar works by Bryullov, the features of a custom portrait are inherent. However, in it the conventionality of the ceremonial portrait is softened by the warmth of emotions.

Even in his early youth, Bryullov created a charming watercolor portrait of the cheerful girl Kikina, who later became the most brilliant Princess Volkonskaya. The dating of the portrait of Volkonskaya, usually attributed to 1837, requires a serious revision. MP Kikina was born in 1816, therefore,

the woman portrayed in the portrait should have been no more than 21 years old. But she seems much older. The biographical data and stylistic features of the portrait of Volkonskaya compel it to be attributed to the first half of the 1840s.

The princess’s semi-fantastic outfit with a bizarre headdress in the form of a turban, the splendor of the velvety mantle, fur-lined with fur, soft softening of the pearls wrapped around her neck, is introduced into the world of the fabulous East. It is not accidental for the purpose of the portrait of a pencil drawing executed at that time, depicting a Turkish woman, whom Bryullov attached to the features of the princess. A lot of work and inspiration gave Briullov work on the portrait.