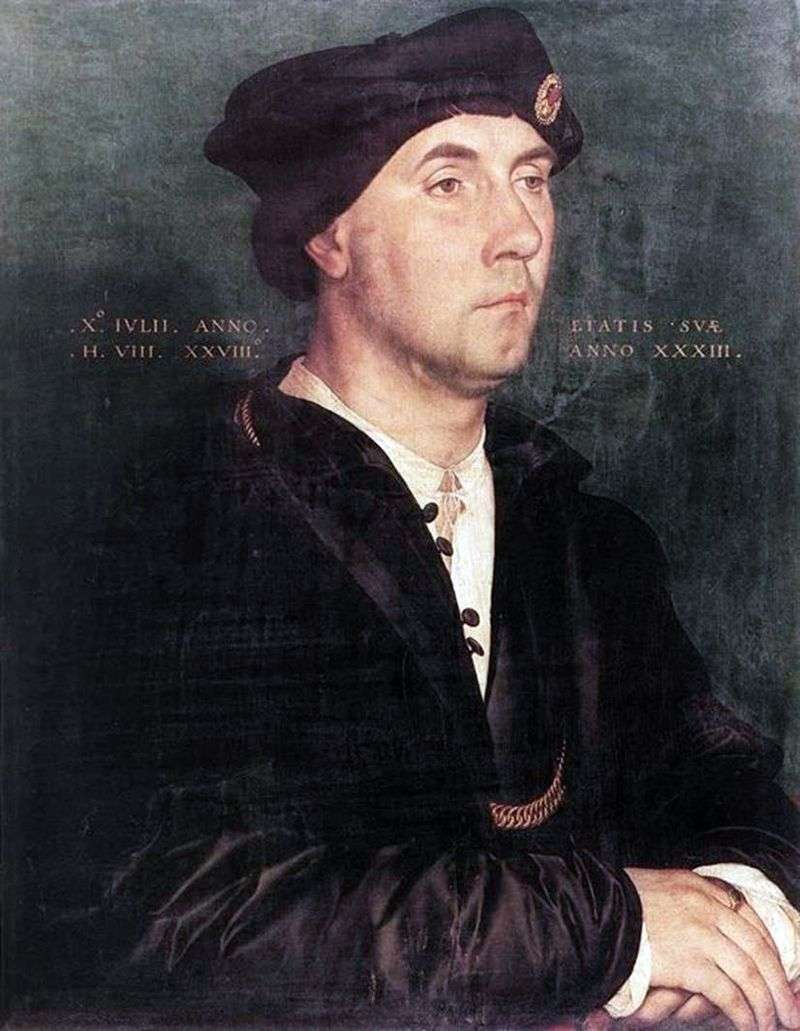 Richard Southwell was one of the most faithful and unscrupulous followers of Thomas Cromwell. Judging by his cold and sinister expression, Southwell remained in history as one of the most calculating and insidious members of the court of King Henry VIII.

He played an important role in trying to get the prisoner Sir Thomas More to testify against himself in 1532. Southwell also made accusations against childhood friend Count Earl Surrey. He was the confidant of Cromwell during the dissolution of the monasteries between 1536 and 1539. He was knighted in 1542.

During the reign of Mary the Bloody – a catholic Catholic – Southwell renounced Protestantism, but this affected his career during the Elizabethan period, which escaped him. He died around 1564.

The portrait depicts a cold and calculating person. The simplicity of the background and the strong linearity of the design underscore the overall design, as if the artist wanted to focus on abstract elements without flattering and condemning Richard Southwell.