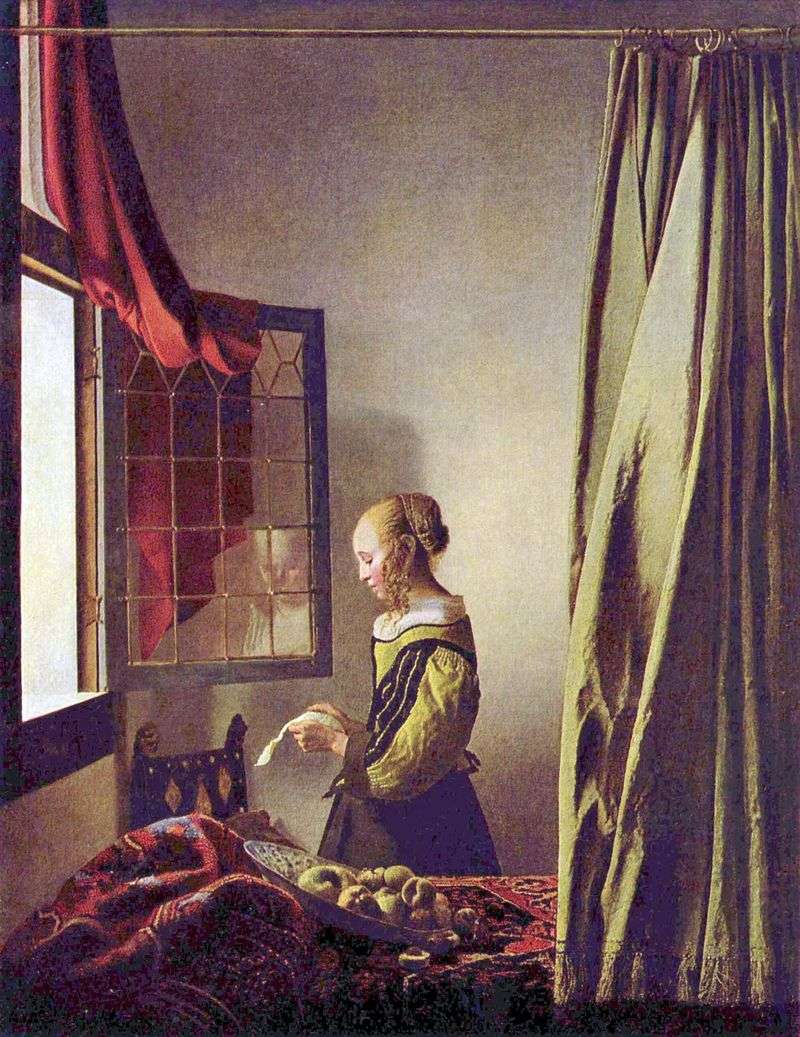 As in other canvases by Dutch painters, almost nothing happens here. A fragile girl stands by the window and reads a letter.

Vermeer generally liked to portray lone female figures in the interior and often used the rooms of his house for this. As in this picture, as in some others, one can learn the same situation: upholstered chairs with a high back, a table covered with a heavy carpet tablecloth, and, of course, an open window.

Vermeer never embarrassed the routine of the motive, on the contrary, under his brush, it acquired a certain poetic meaning. At first glance, it may seem that the scene peeked by the artist is random. The curtain shifted to the right emphasizes this impression. In fact, the situation is strictly thought out, every object is distributed and balanced in it. Rich colors – yellow, crimson, silvery, golden – give the work a significance, uniqueness.

But the main expressive means of the artist is, undoubtedly, light. In his paintings, he streams from the open window streams, fills the room with air, enhancing the sound of the color of clothes and fabrics – this gives the paintings of Vermeer a special atmosphere.