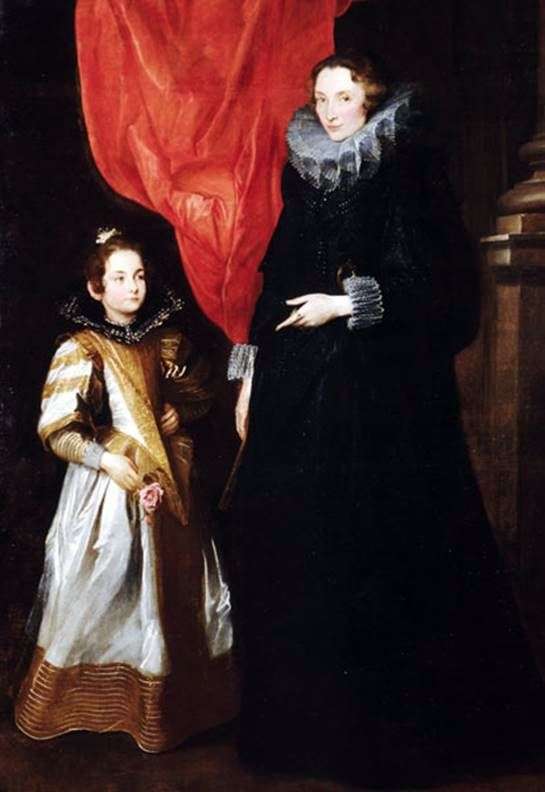 This portrait of the composition echoes another famous painting by Van Dyck – a portrait of Helen Grimaldi Cattaneo. The artist quite often resorted to a similar arrangement of figures, allowing him on the canvas to achieve greater expressiveness and solemnity. The formula of the ceremonial portrait Portraits of Van Dyck preserved for our time an entire era of the English aristocracy.

The artist worked much on the stylistics of the portrait, tried to combine the parade style and simultaneously convey the characters of the people depicted. Van Dyck managed to outshine the coryphaeus of this genre, turning

a portrait from a formal image into a highly artistic canvas that can excite the viewer. He painted portraits chest, belt, full-length, individual, pair, group. Earning money, carrying out orders, the artist meanwhile improved his favorite genre.

In the period of Van Dyck’s life in England, the subtle refinement, excessive beauty in depicting the nobility and members of the royal family began to predominate over the psychological characteristics of his heroes. Despite this, the painter’s manner of painting acquired the form of a canon for his followers.