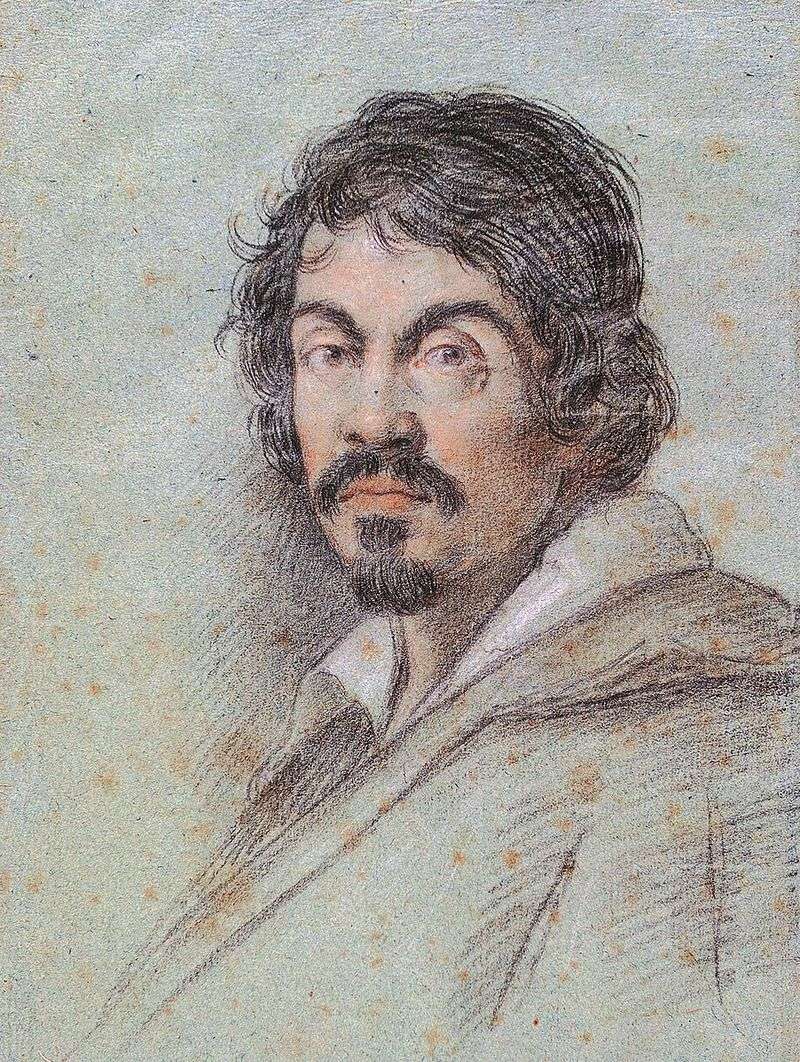 The portrait of the Italian artist Merisi da Caravaggio is painted by painter and draftsman Ottavio Leoni. Michelangelo Caravaggio, the son of a bricklayer, began his career as a father. Original art education in Milan.

Having been in Venice, was greatly influenced by the work of Giorgione. He also studied at the Chezari workshop in Rome, where he later worked and from where he had to flee in 1606, just like from many other places, due to police harassment due to all sorts of fights and clashes that Caravaggio got into due to his unbridled temper and which very often ended in the death of his opponents.

In the end, having received pardon and forgiveness of sins from the Pope, Caravaggio decided to return to the eternal city, but died due to illness on the way from Naples to Rome. In the works and artistic activities of Caravaggio there are two eras. The first one includes most of his early everyday paintings: scenes of national life, images of taverns with their regulars, gypsies, card and bone players, soldiers who look a lot like robbers, and other dubious personalities in whose circle the artist often had to turn.

These include, by the way, the “fortune teller,” “Sharper,” “Girl playing the lute,” “Lyutnist,” as well as “Rest on the way to the Egyptian land.” The works of this era are distinguished by subtle observation, liveliness of realism and a beautiful, bright, golden color, close to the color of the Venetians. From the time Caravaggio stays in Rome, there has been a turn in his manner to the second style, striking with the harshness of the light and the density of the shadows; the shortcomings of this manner are somewhat filled with the energy of expression and the peculiar strength of color and light and shade.

This period includes most of his large religious paintings, such as The Vocation of the Apostle Matthew, The Martyr’s Death of St. Matthew, The Conversion of the Apostle Paul, The Crucifixion of St. Peter, The Assumption Of The Virgin, Christ In Emmaus, “The position in the tomb”, “Coronation of Christ with a crown of thorns”, “Martyrdom of the Apostle Peter.” The portraits that came out from under the brush of Caravaggio, with the usual technical merit, suffer from the insufficiently subtle transfer of the individual character of the depicted persons, for example, “Man’s Portrait”.

The value of Caravaggio in art is mainly in his desire to reproduce nature without embellishment, what it is – in the naturalistic tendency, which he struck the mannerism of the old Italian masters of his time and declared irreconcilable war to numerous followers of the Bologna academic school.