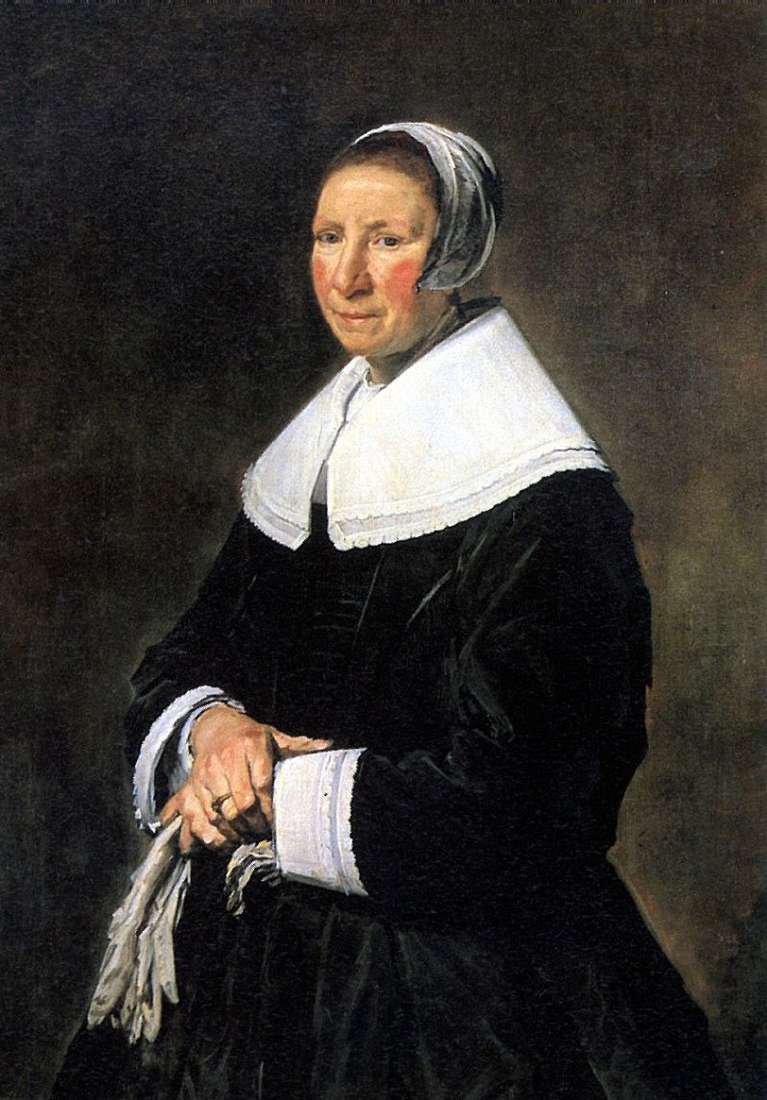 Custom portraits Hals almost always wrote in his studio, and tried to seat the customer so that it was lit to the left. At that time among Dutch artists, muted lighting effects were in vogue, but Hals did not have any sympathy for them. First of all, he tried to concentrate on the face and character of the model, and only then he thought about the play of light on her dress. There was very little props in Hals’s workshop.

At least, we do not meet any additional “beautiful” objects in his paintings. The artist described the portrait of a man with a beard to the viewer with only one additional

detail – a book. In order to emphasize the high social position of the customer, he lacked gloves or fans. – such is the “Woman’s portrait”. Hals never instructed his students to “finish” the remaining empty places on the finished canvas.

If in some cases there was a need to write in the background a landscape, Hals always turned to the familiar landscape painter Peter Moleyn. On top of all the “eccentricities” he almost never signed his work – believing, probably, that his unique manner successfully replaces the signature.