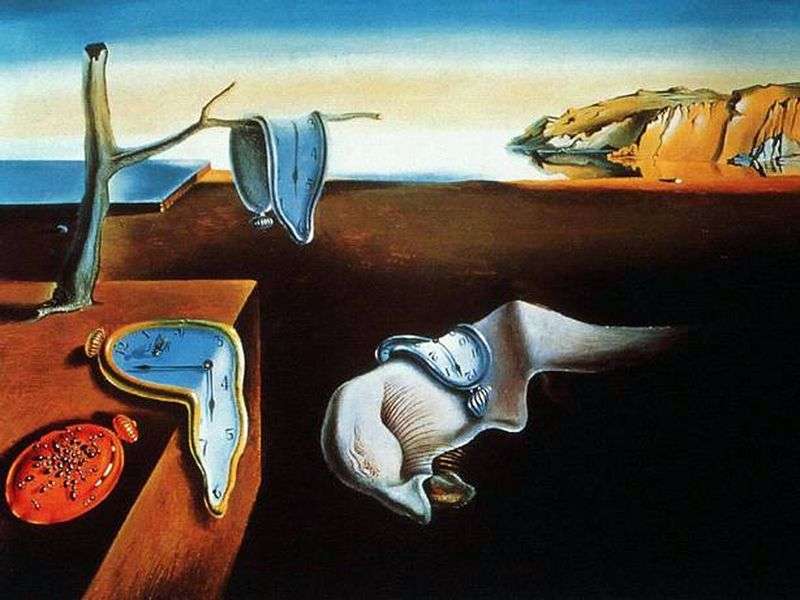 The painting “Persistence of Memory,” written by the great Spanish surrealist Salvador Dali in 1931, is different, as well as many other works, a special style and deep subtext, which is filled with a variety of incredible value.

This work from the time of

its writing, and to this day has become a symbol of the volatility and fragility of time and space. The theory of relativity formulated by Einstein, in a special way to mix in the brain of the artist with the observations of melted cheese, was the idea that prompted Dali write this masterpiece.

The painting “The Persistence of Memory” shows the typical Dali tranquil landscape with a small number of parts, which became the backdrop for the hours that slowly melt and flow, like the heat. This contrast linearity of the flow of time and images bent and strung hours create a special semantic riddle of the paintings. The only solid hours, in this picture, lie down and dial swarming ants – a symbol of decay and degradation in the works of Dali.

Almost all his paintings Salvador Dali to write in his diary, but the painting “Soft Watches”, researchers have not found a word. Hence the existence of multiple versions of a variety of the meaning of the paintings. Perhaps one of the most original version, the artist is the image of his fear of male impotence as soft and shapeless objects.