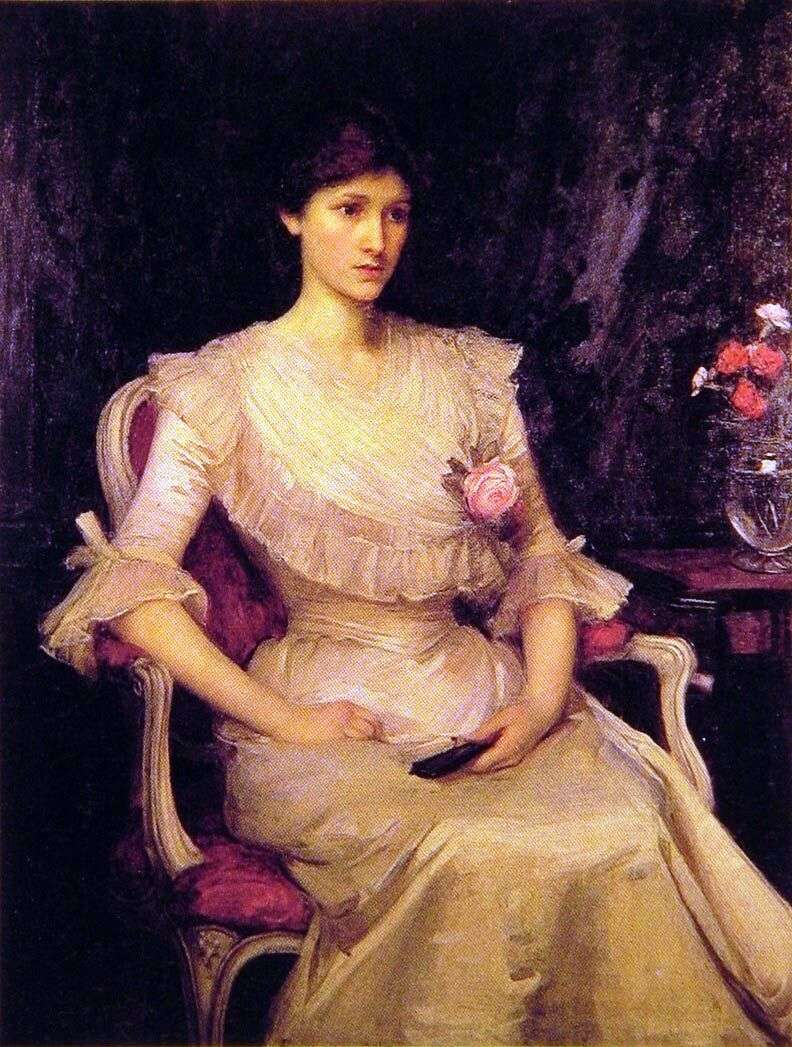 The portrait of the young Margaret Henderson of the early XX century was written by the talented English painter JW Waterhouse at the time when the period of Pre-Raphaelitism was dying out, and the classical canons of painting were rejected. The fact that Waterhouse was a recognized portraitist leaves no doubt. But one of the main nuances of his work was love for female images, including mythological. Miss, that was the heroine of the picture, for the contemporary remains a mystery.

Unfortunately, the sources are silent about her biography. For the viewer, it will remain an unknown and vivid example of the

direction that existed for only half a century in the world of culture. “Miss Margaret Henderson” – one of the vivid examples of the master’s exquisite painting, a bit gloomy, dry and in some ways similar to the technique of Masaccio.

Drawing a parallel between the early Renaissance and Pre-Raphaelism, it is obvious that the portrait of Margaret projects the main techniques of painting the old traditions: an immobilized view, a silent “photo” with the transfer of natural forms, facial expressions, moods and darkened heavy background. However, this background depth was not often used by the author as a basis. But the chosen contrast allowed to draw, as in this example, the heroine on the foreground in a more perspective perspective, beneficial for the viewer and the creator himself. This technique was discovered by Caravaggio, and Waterhouse applied it here, but diluted the morose depth with a glass vase with flowers and a glare play. A warm palette is very saturated.

The portrait attracts to viewing due to a sharp difference in the temperatures of the foreground and distant. Typical of the portrait painting of Waterhouse was a letter from nature. His model was beloved still in absentia, as a prototype of the future creation. It was studied, like a map, to the ends of glossy curls. His Miss Margaret Henderson is weightless and sweet. The yellowness of the skin is obtained by mixing several shades, which gave a pleasant vanilla to the face and hands of Margaret. A white gown of transparent muslin frames the thin neck. No jewelry, no heavy styling. The simplicity of the decoration Miss is underlined by a full flower of a rose with a million pink petals. The girl’s look is sad, a little tired, open. Absence of bright spots and ohristy povoloka paintings show the writing of it in a closed space without windows. The source of light, most likely, were candles.