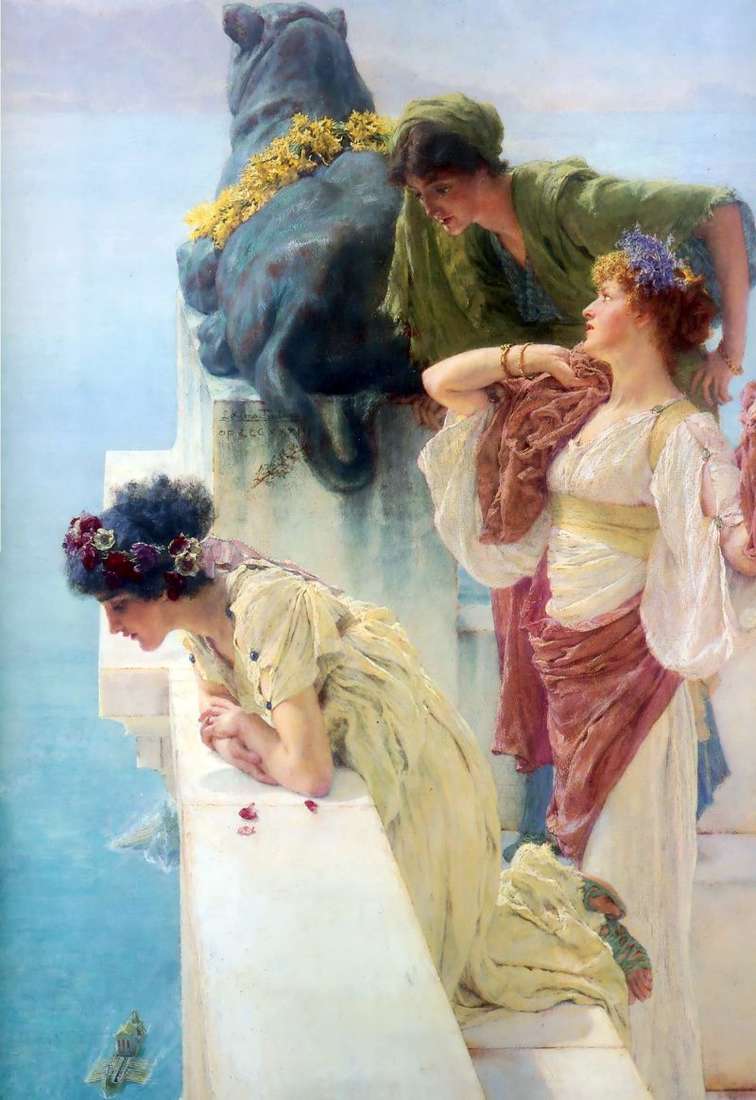 Three Roman women are watching from their shelter – “observation deck” – for the return of galleys. Permeated by warm sunshine, this captivating canvas will vividly convey a sense of height. The fabric of women’s clothes, the marble parapet and the bronze lioness on it are depicted in great detail.

Combining the foreground and the distant sea below, the artist demonstrates a magnificent perspective. The serene beauty of the painting “Favorable Position” creates for the viewers a unique atmosphere of invisible presence.

A Dutchman by birth, Alma-Tadema moved to England in 1870, where he made a successful career. For his work, he was generously awarded titles and titles. Scenes from the life of ancient Rome, Greece and Egypt, created by the artist in the neoclassical style, enjoyed immense popularity in Victorian England.

Alma-Tadema executed several orders for theatrical productions, in particular for the production of “Coriolan” by Henry Irving in 1901 at the London Lyceum Theater.