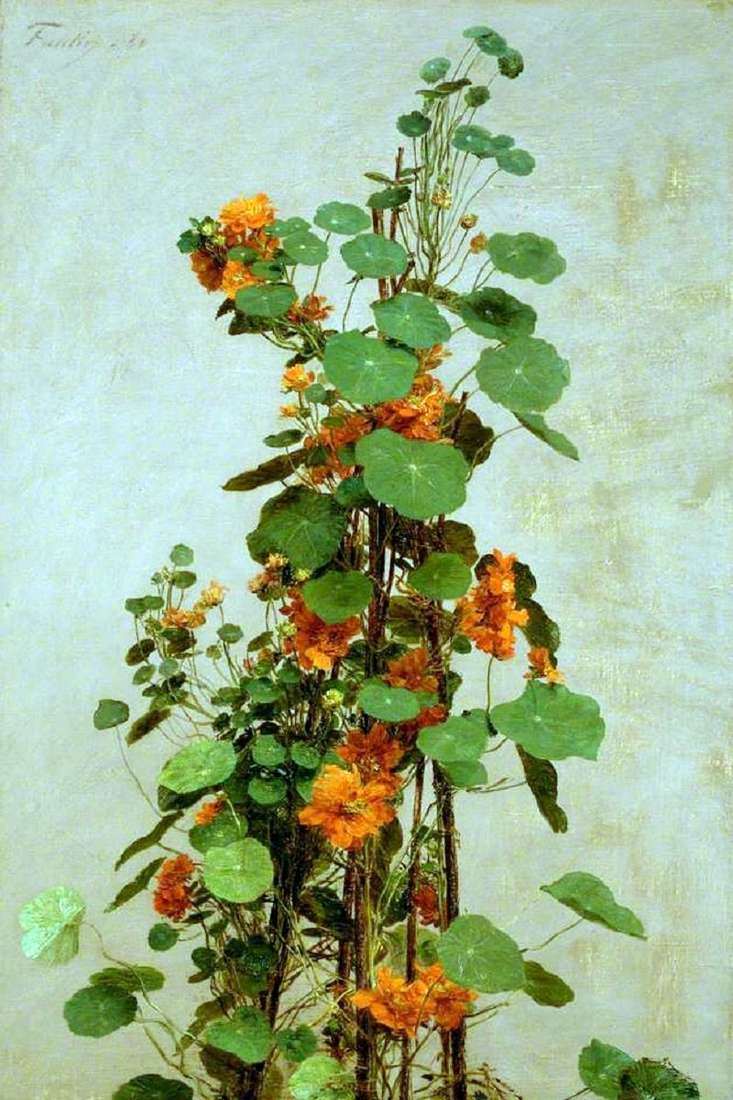 The French painter and graphic artist Henri Fantin-Latour is considered one of the harbingers of symbolism due to his famous canvases and lithographs, in which the artist tried to interpret the music of R. Wagner, H. Berlioz, R. Schumann and other composers. Creativity of the artist was not limited exclusively to these interpretations. Fantin-Latour was known as a portraitist, creator of large-scale group portraits of famous people. It was they who brought him wide fame during his lifetime.

The artist also painted still lifes with flowers. Balanced, restrained by the composition, they were distinguished by

modest sophistication and aristocracy. Flowers often became the main subject of the image in the works of the painter. Surprising, almost scientific accuracy in their transmission was combined with Fantin-Latour with inner poetry, admiration for the beauty of the plant.

Thus, in the still life of Nasturtium, a well-known plant under the artist’s brush turned into the embodiment of that alluring beauty of life, which gives rise to a feeling of joyful admiration for the wisdom of its arrangement, which has the viewer to poetic contemplation-meditation. Other famous works: “A Tribute to Delacroix.” 1864. The Musee d’Orsay, Paris; “Edouard Manet”. 1867. The Art Institute, Chicago; “Still life”. 1886. National Gallery, Washington; “Workshop in Batignola.” 1870. Louvre, Paris.