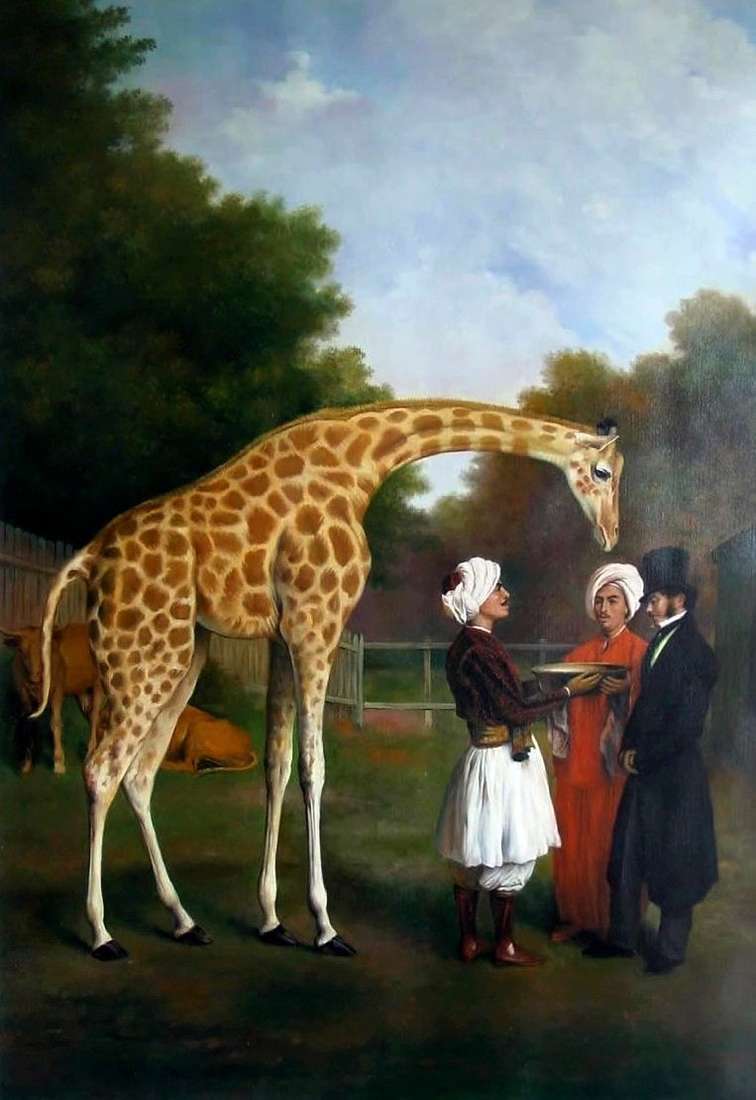 The giraffe bends his long, thin neck to reach the cup that the Arab servants hold in their hands. Behind the figure of the giraffe are two Egyptian cows. With the development of communications in the early XIX century, traders were able to make long trips, bringing from there more and more exotic goods.

Rich landowners received from them as gifts giraffes, lions and leopards, and Agass, famous for his keen observation and attention to detail, often received orders for the image of these animals. For the painting, the Giraffe and servants Georgh IV paid Agass 200 pounds.

Presented in the picture is a gentleman in a cylinder – this is Edward Cross, a well-known supplier of exotic birds and animals for the royal menagerie. Born in Switzerland, Agass since 1800 lived in England, where he achieved significant success, depicting exotic animals and hunting scenes. He also performed a number of equestrian portraits of representatives of the English nobility.