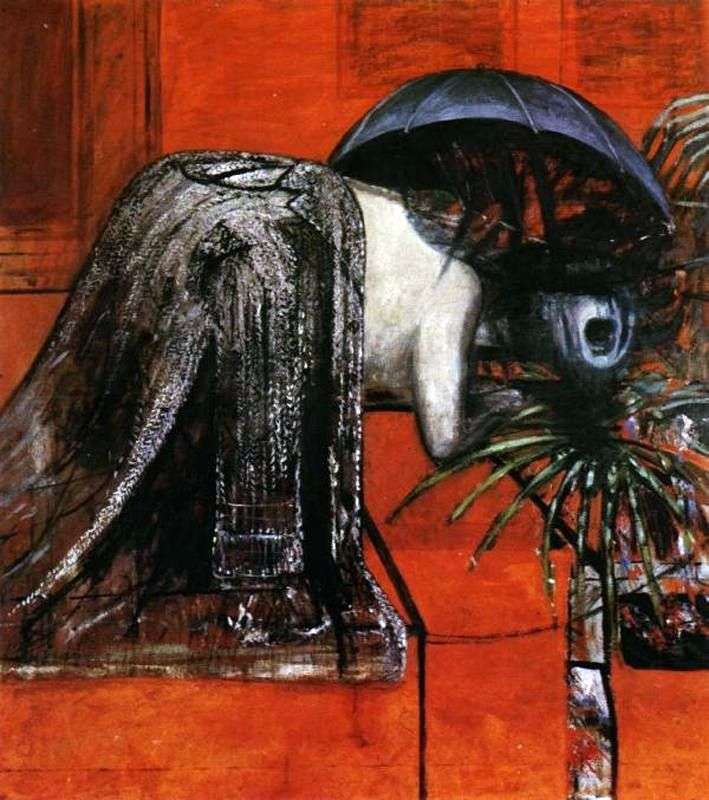 In his paintings he uses all available means to achieve the highest psychological intensity. It seems that such a bunch of spicy grass, but it is associated with anxiety and a broken fate and with the death of all life on Earth.

In the painting “Magdalena” Bacon depicted a bent elephant-like female figure under an umbrella, through the branches you can see the face in a hat with a mouth open in a scream. And a comical and eerie picture: a frightened something huge and stupid feral creature. About the artist they write: “Painting Bacon conveys the tragedy of existence, it is a kind of cry that has no limits and borders: a picturesque action.”