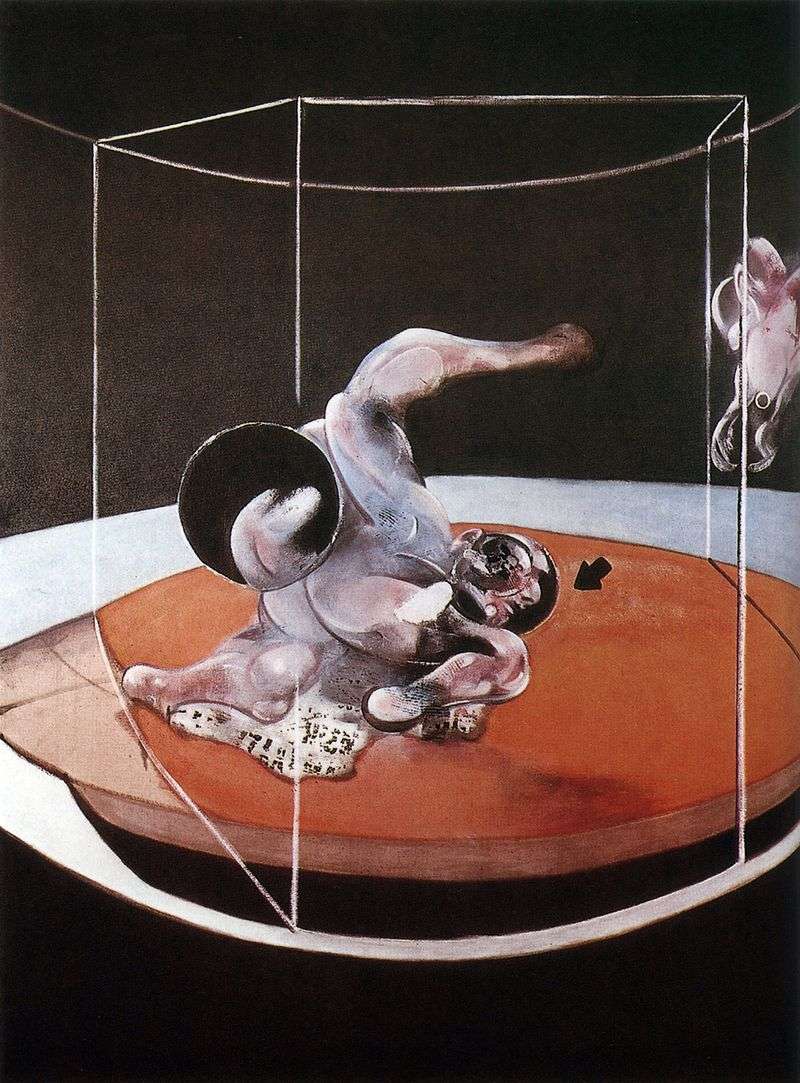 In the picture of Francis Bacon “Figures in Motion” we see a circus arena with a red carpet.

Figures of wrestlers on the arena are placed, as it were, in a glass transparent prism. An attempt to organize space in Bacon is always present: the prospect, the horizon line, the parameters of three-dimensional space.

Angry men on the arena are transformed into coarse and strong animals: in the mash of bodies you can consider both horse croup and spotted paw of a leopard. But still it is assumed that these are people – the artist, like the camera’s lens, fixes a hunchbacked face and a naked male ass. In the background of the picture in the fracture of the glass is depicted something similar to the head of a goat or an ass.