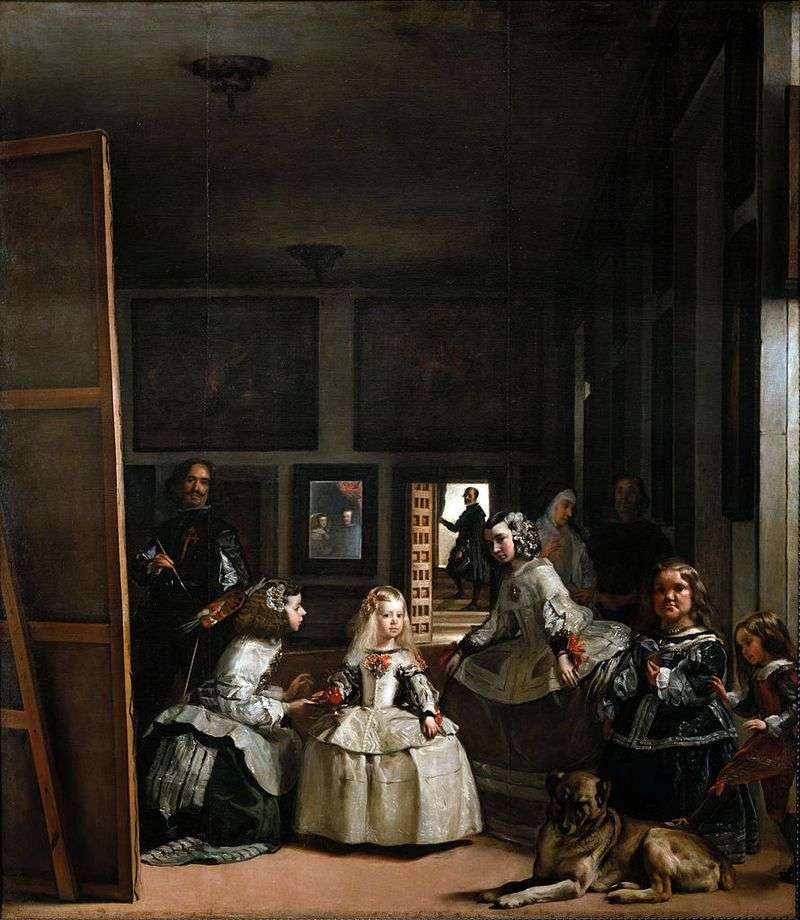 The painting is a famous creation of artist Diego Velasquez. Some recognize this reproduction called “Family of Philip IV». At the “Las Meninas” time can be seen in the Prado Museum, which is located in Madrid.

The picture imprinted studio owned by Velasquez. It is located in the Palace of the King in Madrid. The author is engaged in writing a portrait of Philip IV with his wife Marianne, which can be seen in a mirror on one of the walls of the studio.

In the central part of the picture placed Infanta five years, that name is Margarita. The impression is that it recently came accompanied by his entourage. Light with

the eyes of her parents is aimed at children.

Velasquez tried to re-create a happy family, which has enough money to comfortably hold your future. It should be noted that this picture is the only one of its kind, where the king and queen are depicted together, but not very clearly. Everyone knows that Philip IV is the uncle of his wife, and his age is 30 years older than his wife. When he painted, Margarita was the only child of the couple.

A feature of the Infanta is her ability at such a young age to control yourself and be aware of your own greatness. Her gaze is directed solely at his parents. That she wants to show what he can stand still and keep himself properly. Margarita is known about the moderation of the king and queen, so the girl seeks in any way to please them with his behavior.

The court ladies who surround Margarita, are members of the most famous aristocratic families of the time. Young ladies are penetrated by court etiquette. To make the picture of rigor author depicted the court servant in the left part of the picture.