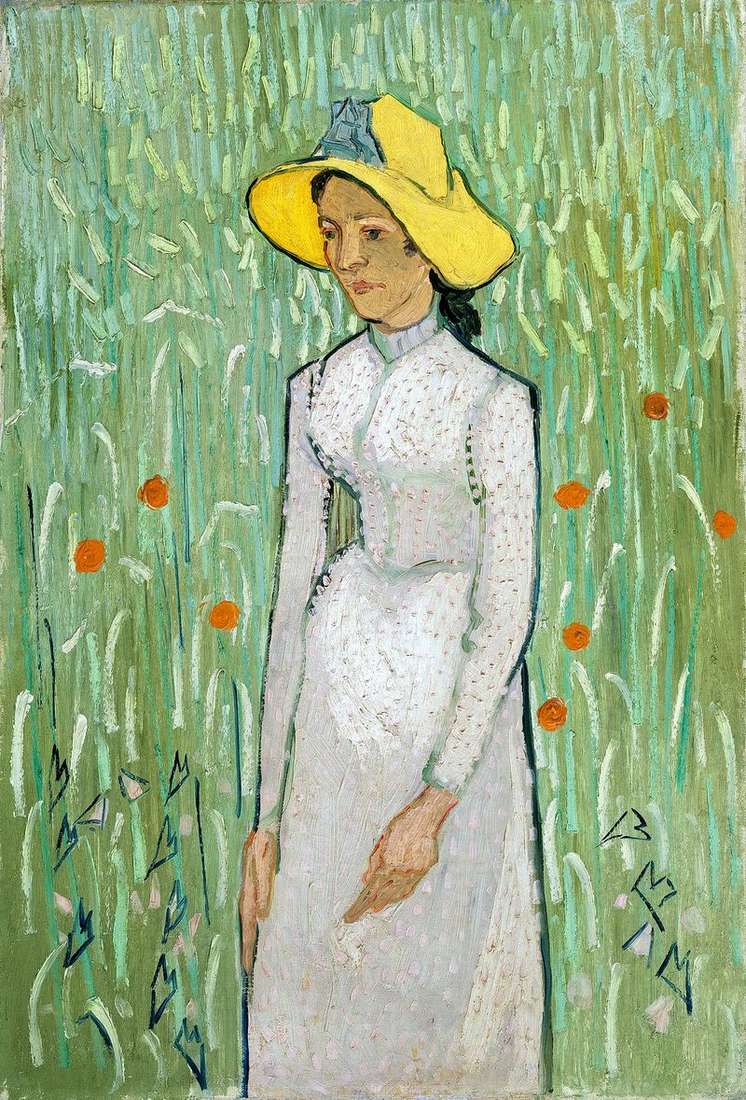 Each work of the post-impressionist Vincent Van Gogh is autobiographical. This work he finished less than a month before his suicide. The artist who was ill-tempered only left the hospital and tried to paint again, although he lived in constant expectation of a new attack.

In letters to his brother Van Gogh admitted that he can only portray sadness and endless loneliness. Perhaps, in this canvas painter decided to embody the image of his soul, expressing in the guise of a peasant girl all his sorrows and emotions. This is one of the artist’s most soulful and beautiful paintings.

The fragile body of the girl, her long, thin hands with large disproportionate brushes, her shoulders down, the diffused eyes of the big eyes – all this conveys a sense of longing. And though the gentle green of the summer stretched around the heroine, she stands among the ears of wheat, as if abandoned by everyone, the lonely spirit of the fields. Bread and flowers of poppies are written by Van Gogh in an abstract and at the same time recognizable.

It is known that the master worked on the picture more than usual, trying to depict the different green tones of cereals, swaying under the gust of wind.