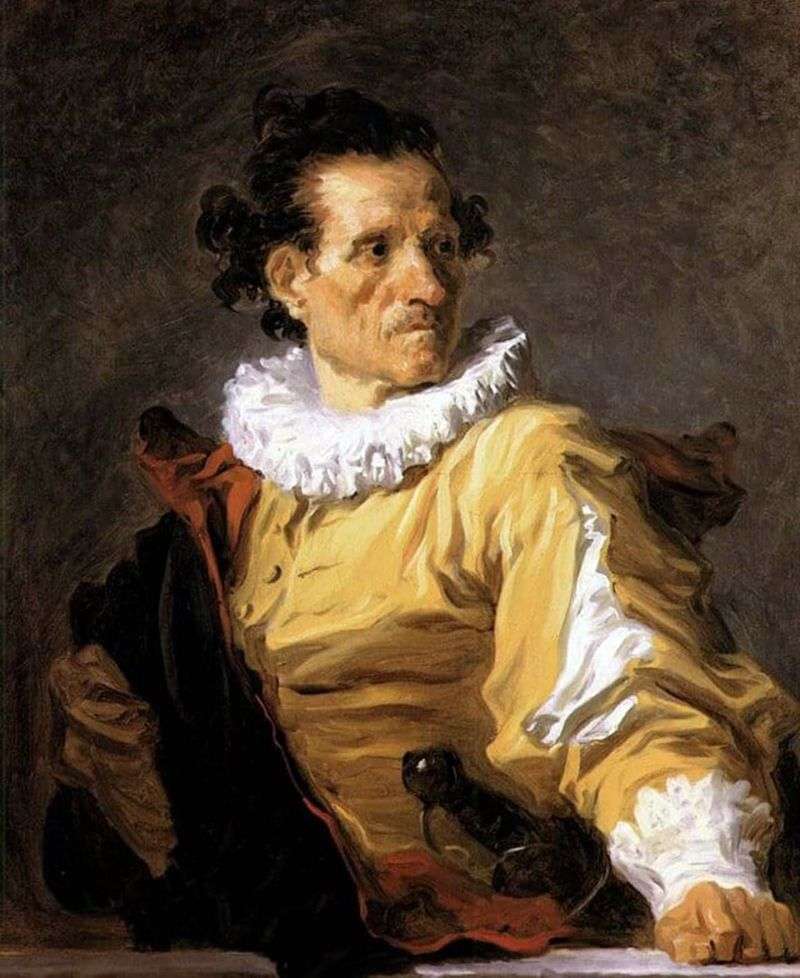 Painting of the French painter Jean Honore Fragonard “Portrait of a Warrior”. The size of the portrait is 82 x 67 cm, canvas, oil. The images of the artist’s friends and the fantasy characters he invented, written by Fragonard with such enthusiasm, were nothing but brilliant improvisation.

Fragonard showed a tender affection for those depicted, or created works – such as “The Portrait of the Abbot de Saint-Non” and “The Portrait of a Warrior”, striking with fluency and noble arrogance, seemingly flowing from the forms themselves. Or he wove from the paint literally the patterns, bubbling strokes, layering or merging them with each other to keep the shape whimsical.