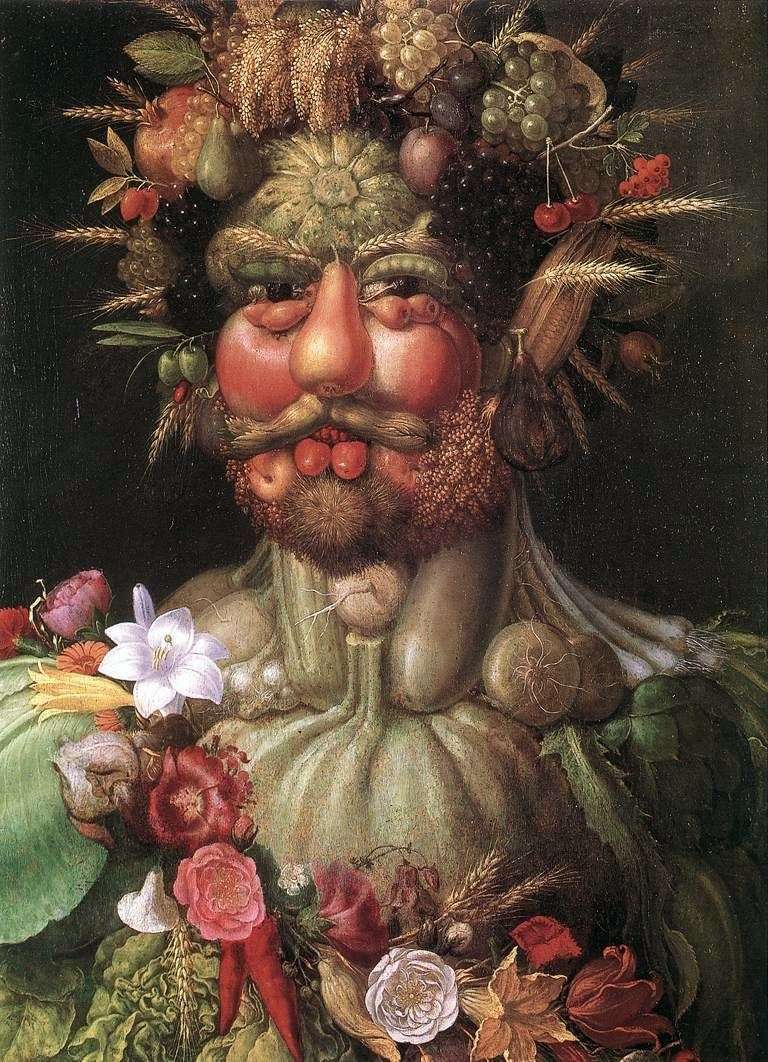 Vertumn was especially appreciated by society, and especially by Rudolph himself. This is a half-length portrait of the emperor, represented in the form of an ancient Roman god of the seasons, vegetation and transformation. Rudolph consists entirely of gorgeous fruits, flowers and vegetables. Admired by these paintings, Rudolph II generously awarded Arcimboldo.

There are opinions that a large number of paintings were written between 1564 and 1576, but only very few of them are known to us. A few of his works have survived: usually portraits on the chest, in the profile, less often in the front. Images are made up of fruits, vegetables, flowers, crustaceans or – musical and other instruments.

Persons are stylized; a very skilful arrangement of elements in space creates the effect of form and chiaroscuro. Allegory of seasons: Summer and Winter, 1563, Spring, Elements – Fire, 1566 and Water, at the Vienna Fine Arts Museum Drawing in the Louvre Museum – Cook – made up of kitchen elements. Arcimboldo was very popular during his lifetime, which explains the many imitations of his style.