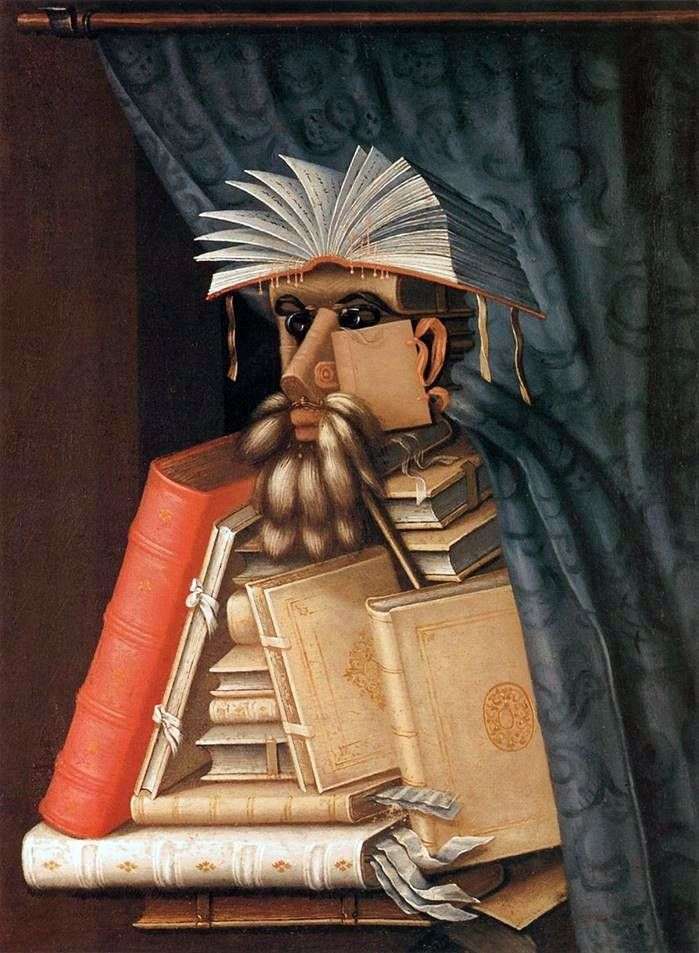 Giuseppe Arcimboldo is an innovator of his era, who lifted the veil of time and looked into the future, anticipating the appearance of surrealism.

The formation of Arcimboldo as an artist is also associated with the work of Gaudenzio Ferrari and Leonardo da Vinci. Giuseppe Arcimboldo lived and worked in the 16th century in Italy, and served in the Habsburgs as a court painter. To this day, the public, art historians and specialists are fighting over the incomprehensible riddles of his painting. Only 14 works of the master have reached our days. As in the times of the artist, all works amaze the audience with their innovative designs and bizarre forms.

In 1565, Giuseppe Arcimboldo wrote the painting “The Librarian”. The viewer, looking at this canvas, first sees a pile of books laid out in a bizarre way. But, gradually you realize that this is a person who simply disappeared in his work.

It is believed that each profession leaves an indelible imprint on the character and appearance of a person. But this man not only absorbed the features of the profession, but also became an integral part of it, part of the library – books, for which he watched and courted. Perhaps the books of the various forms and colors of which he is composed, were read by him, and accepted by him so that they absorbed him completely.

We can also assume that this is just a portrait-caricature, a metamorphosis, which the author created playfully. But it was these metamorphoses in the 20th century that gave life to such trends in art as surrealism, symbolism, avant-gardism and many others; gave a source of inspiration to many artists, in particular, Salvador Dali and Max Ernst.