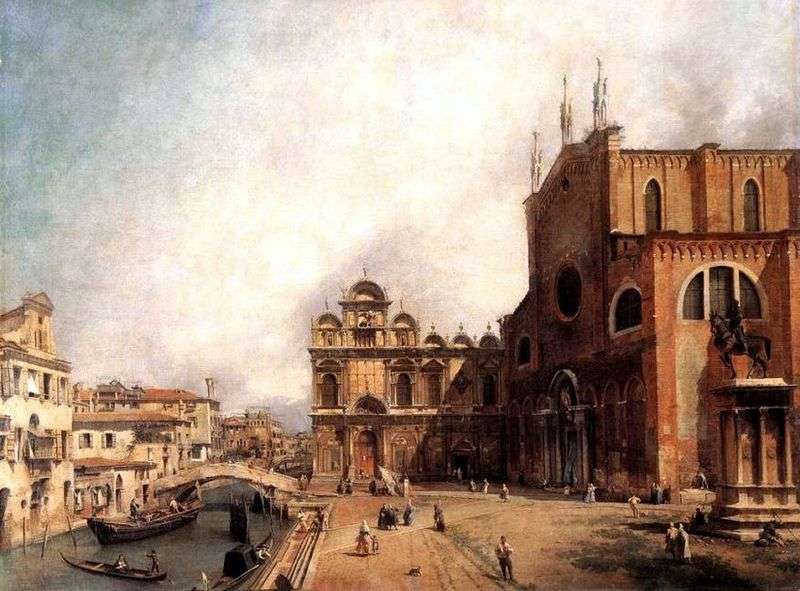 In the Dresden Gallery are two artists, nicknamed Canaletto – Giovanni Antonio Canal, who owns the painting “The Cathedral of San Giovanni e Paolo and the Piazza San Marco” and his nephew Bernardo Bellotto. Both of them became famous in one genre – veduty, especially popular in Venice in the XVIII century, which is a picture, drawing or engraving with a detailed depiction of the daily urban landscape.

The picture shows one of the largest and most famous cathedrals of Venice. Accuracy and detail in the master’s canvases are combined with amazing poetry. This is noticeable in itself, but it becomes striking when comparing his works with modern photographs of the same monuments. The artist’s works for future generations of spectators have become a kind of documentary evidence of the appearance and condition of the city.