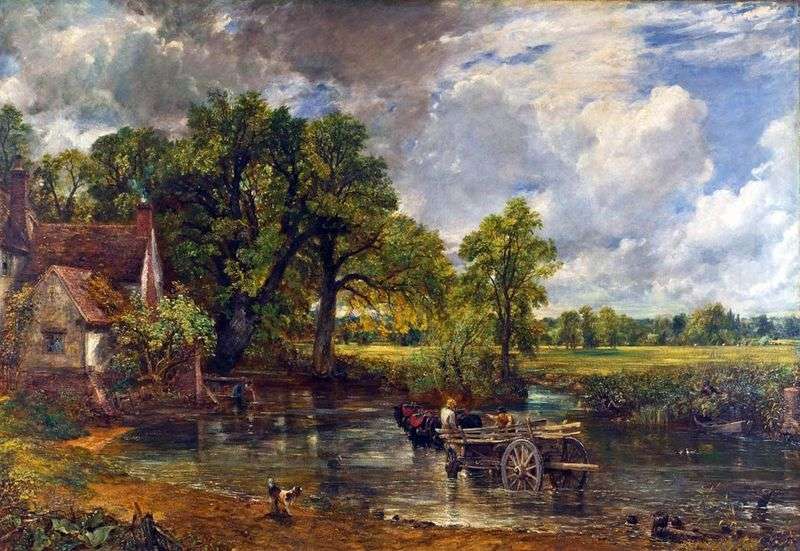 This picture is part of a series of “six foot” paintings with scenes of everyday life in the valley of the Stour River. The artist worked on the “cart for hay” in his London workshop, using old drawings and sketches of oil. Warm, quiet day. Horses are slowly walking through the ford. From the low bank behind the cart follows an inquisitive dog, whose look helps the artist to direct into the depths of the picture and viewer’s view.

For the first time, the “Cart for hay” was exhibited at the Royal Academy under the title “Landscape: Noon”. Constable tried as accurately as possible to fix all the fleeting features of lighting and the atmosphere. Despite the positive reviews of critics on the picture, after the exhibition at the Royal Academy, no one bought it.

It was important to be able to represent water in all its diversity – from the river stream to the dew lying on the grass, from droplets of moisture on wet leaves to damp spots on a decayed log or cart wheels. Constable was able to transfer all of these effects by tiny strokes and specks, whitening the same, varying the thickness of the layers of paint in accordance with the texture of the object. This original, truly innovative technique was not immediately appreciated by critics who for a long time called mottled white “snowflakes of Constable”.