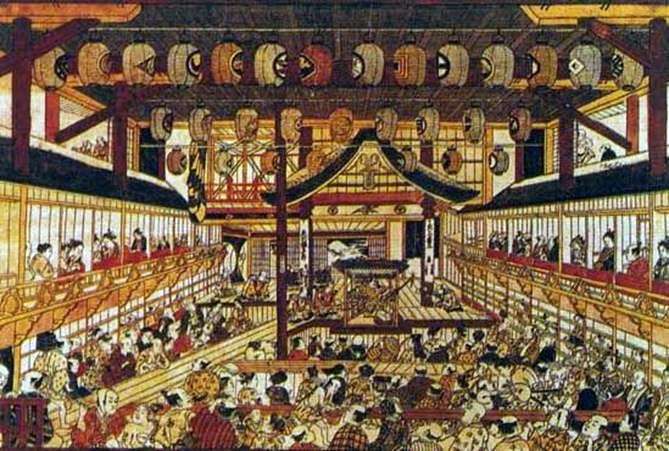 One of the main themes of the latter was landscapes in which Dutch artists, with more or less success, used new methods of constructing an image for them: the perspective and the cut-off modeling of the form.

The attractiveness of Western painting was considerable: many Ukiyo-e masters paid homage to European art, including the young Hokusai, who studied in the workshop of Siba Kokana, and Utagawa Tohearu, the founder of the Utagawa school. Toeharu is even more famous as a teacher who brought up a galaxy of gifted students headed by Utagawa Toehiro.

In the perspective engravings of Masanobu and his contemporaries – Nishimura Shigenaga, Furuya-Ma Moromas, Torii Kiyemasu II and others – the image of nature as such is absent. Most often there are interiors of theaters or tea houses, less often – street scenes, but they are treated in a way that is more similar to interiors.

All ukieh distinguishes the use of hypertrophied perspective, and the far plan is worked out as carefully and in detail as the near one. Such engravings could be looked at for a long time, their entertaining and informative content was very high, which led to the enormous popularity of ukie in the first half – the middle of the 18th century.