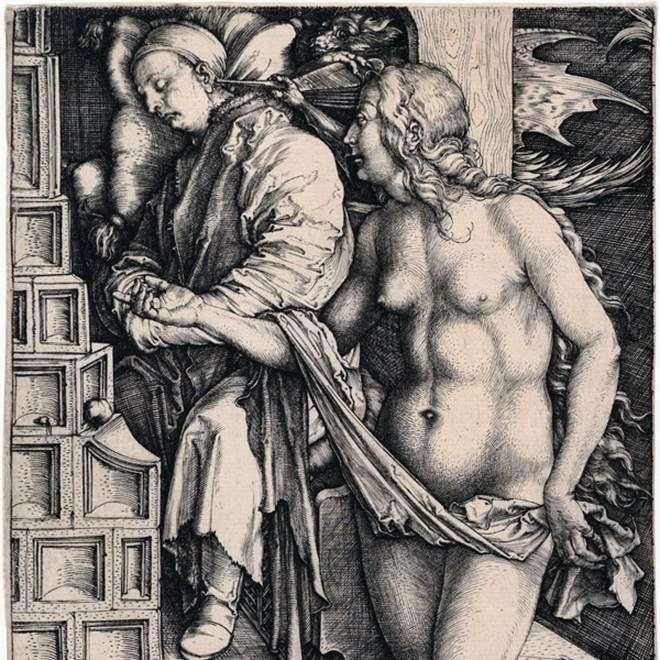 The earliest signed engraving work of Durer is the engraving “Holy Family with a Grasshopper”. It is inscribed with its first monogram and dated about 1494 year. The earliest works of Durer, as the creator of engravings, were mostly wood engravings.

For wood engravings, the artist first marked out his design on the block of the board, noting the areas that had to be cut to appear white in prints. Preparation of the board was given to apprentices.

In the technique of engraving on copper, the reverse principle was possible. The lines removed from the copper plate by the cutter would seem black in the print media. The plate was engraved by the artist directly by the technique, which Durer received from his jeweler father. Early engravings by Dürer for prints were created under the direct influence of the works of two German masters Shongauer and Wolgamut.