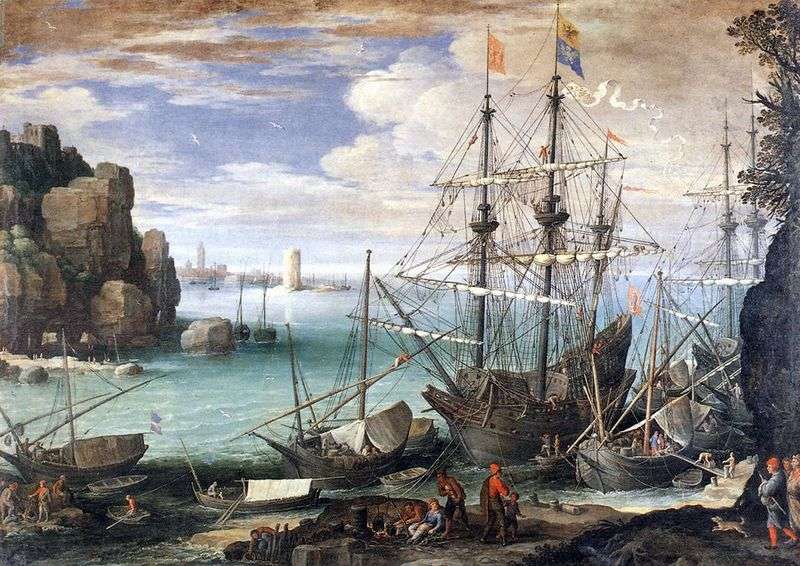 Born in Antwerp, Paul Brill at the age of twenty moved to Rome, where he experienced the influence of Italian art. However, his work relates, more likely, to the South-Netherlands school, and this picture is especially: it resembles the bright, carefully painted and at the same time shrouded in a single air landscapes of Peter Brueghel the Elder.

From the Breigel Sea species began in his homeland, whose life was closely connected with the sea, the art of the marina, which grew into a whole trend in Dutch and Flemish painting. Brill-mariner in details painted on his canvas a large ship and light green water of the bay, which is traversed by light waves with dairy scallops. In the clear air, distant port constructions and ships are seen in the background. Closer to the viewer there are characters animating the landscape: they are busy with their own affairs, forming genre scenes in the film.

The work is sustained in bluish-greenish tones, but the red details of clothes and flags flash bright spots. The lines of ship gear create a whimsical graphic drawing, and the whole painting is thorough, detailed, and therefore dry: the master does not so much convey the sensation from the sea as a natural element, as it tells of life near him.