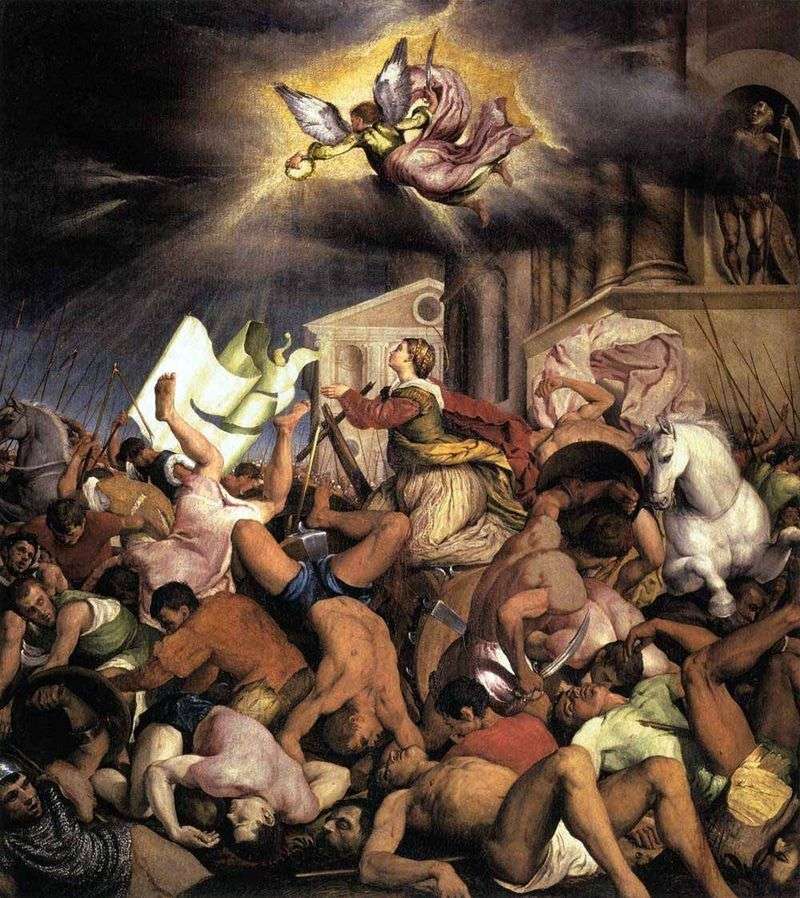 This work, commissioned by the Church of San Girolamo in Bassano, is the most revealing for Jacopo da Ponte in the early 1540s. At first glance, it may seem that in the martyrdom of St. Catherine, “he takes a step back, which prompted some researchers to date the picture to the end of the 1530s, but look closer into it, and you will see that it does not find the trace of that student’s shyness, that delightfully inconsistent following of the ready-made samples that are characteristic of the work of Bassano of the previous decade.

Here he is already an established master, able to easily build an arbitrarily complex composition and dispose of any number of figures depicted in a variety of angles. His immaturity is expressed only in the fact that he is still too much enjoying his newly acquired skills and, in ecstasy, sometimes folds his stick.