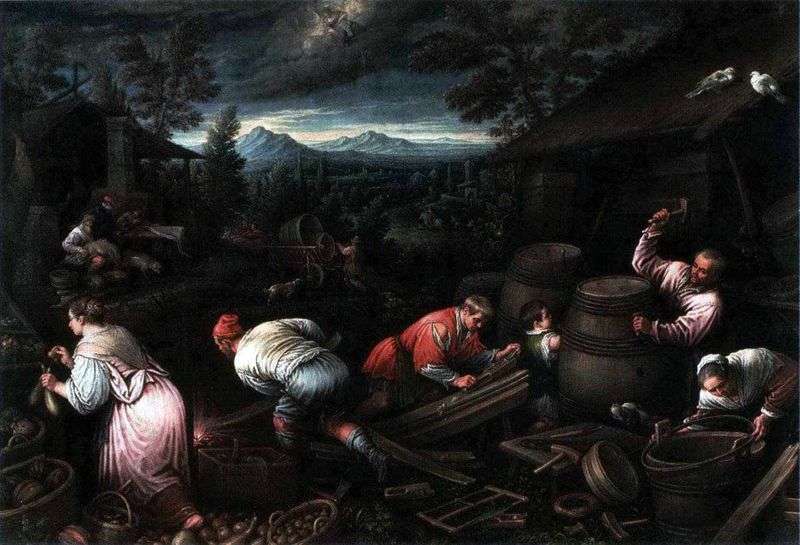 The heyday of the Bassano workshop dates back to the 1570s. At this time, out of it came out a myriad of rural scenes for biblical and allegorical stories, and such pictures often made up cycles, and cycles were purchased.

These paintings were very popular among amateurs, and they usually associated with the name of Bassano himself, whereas the share of the master’s participation in their creation was quite insignificant. Just a cursory comparison of the submitted paintings of Leto, “about 1576 and August”, 1590s with the Bassan Pastoral “is enough to understand how much lower the execution of the first two works.

Alas, the master failed to bring up worthy successors. Only two students of Bassano’s studio deserve a separate conversation – these are his sons, Leandro and Francesco. But by the time of Bassano’s death, they had both lived and worked in Venice for more than ten years and, therefore, were deprived of the opportunity to raise the level of “