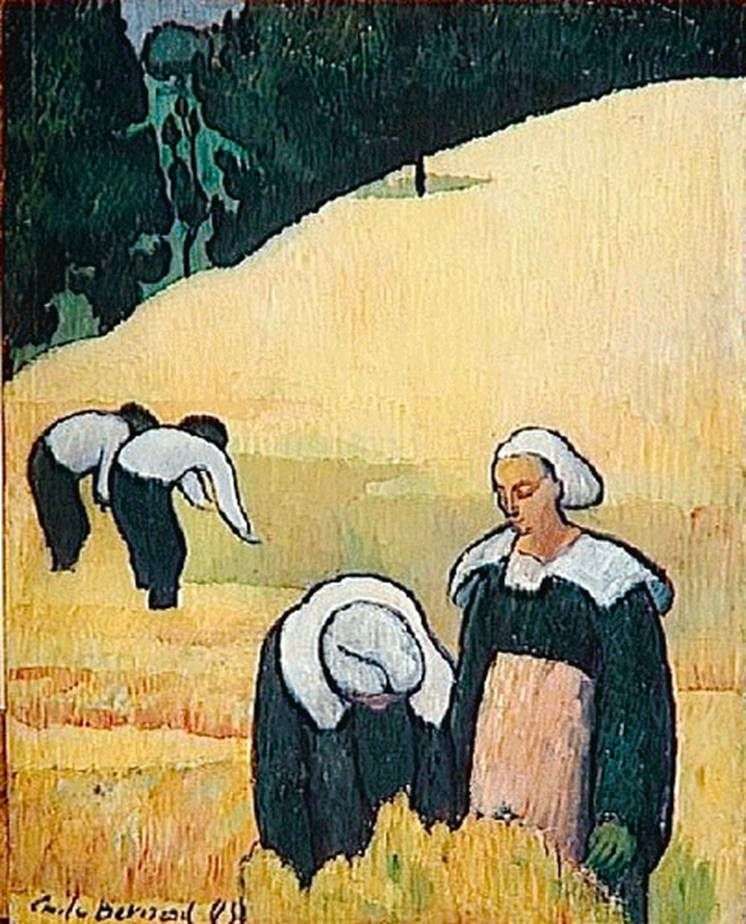 In Pont-Aven he met with Gauguin, whose idea of creating a generalized form attracted Bernard, and he began to engage in theoretical substantiation of “synthetism.” The essence of Bernard’s ideas was the combination of imaginary images and decorative color spots. According to the artist, the main thing for him was the desire for simplification in order to “reveal the meaning of the image.” Under the influence of the ideas of “synthetism” Bernard turned to the reception of the so-called “cloazonism” – the artist worked as a color spot, closed in a clear contour and creating a form.

Bernard also engaged in graphics, book illustration. The most famous illustrations were made to the “Cantilena” by the symbolist poet J. Moreas. In the 1890s, the artist experienced a spiritual crisis. At this time he turned to religious painting and mysticism. Other famous works: “Bretonki under umbrellas.” 1892. The Musee d’Orsay, Paris; “Clay jug and apples.” 1887. The Musee d’Orsay, Paris; “Madeleine in the forest of love.” V. The Museum of Orsay, Paris.