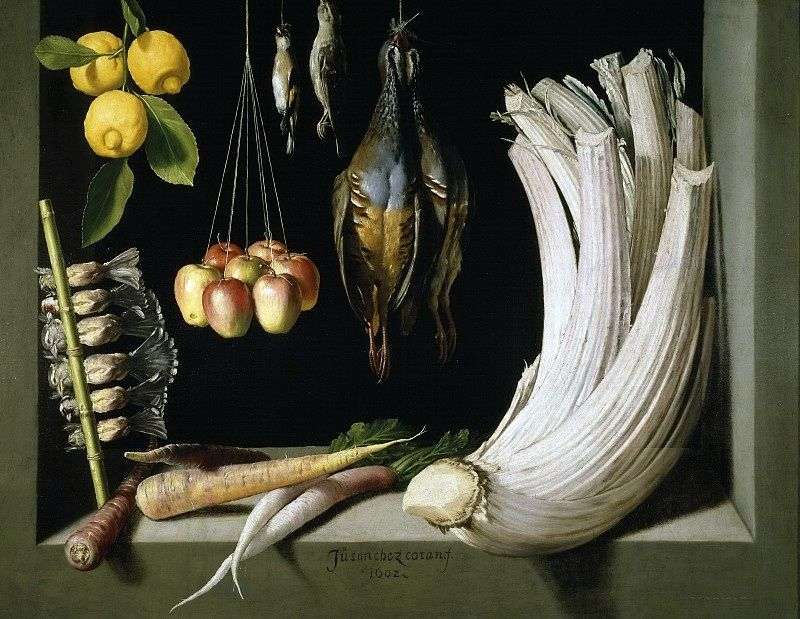 Kotan – a master of still life, introduced in the European painting of the XVII century a special Spanish type of this genre – “bode-gon”, meaning in translation “tavern, edible shop.” He portrayed the figures of merchants, cooks, breakfast characters, who later received further incarnation in the works of other Spanish artists.

Still life with game, vegetables and lemons – one of the first Spanish works written in the early 17th century in the genre of the still life itself, and a few surviving canvases. Thanks to contrast lighting, used in the best traditions of caravagism, isolated from each other and suspended on thin ropes objects seem to be pushed out by a black background from the picturesque space.

In the ascetic figurative system, the principle of an elementary sequence is combined with a detailed thoughtfulness of the composition, an exact sense of plastic form, a separate object, on the one hand, is prosaic, and on the other – unusually monumental. The still lifes of Sanchez Kotan give the impression of a created artistic hyperbole.