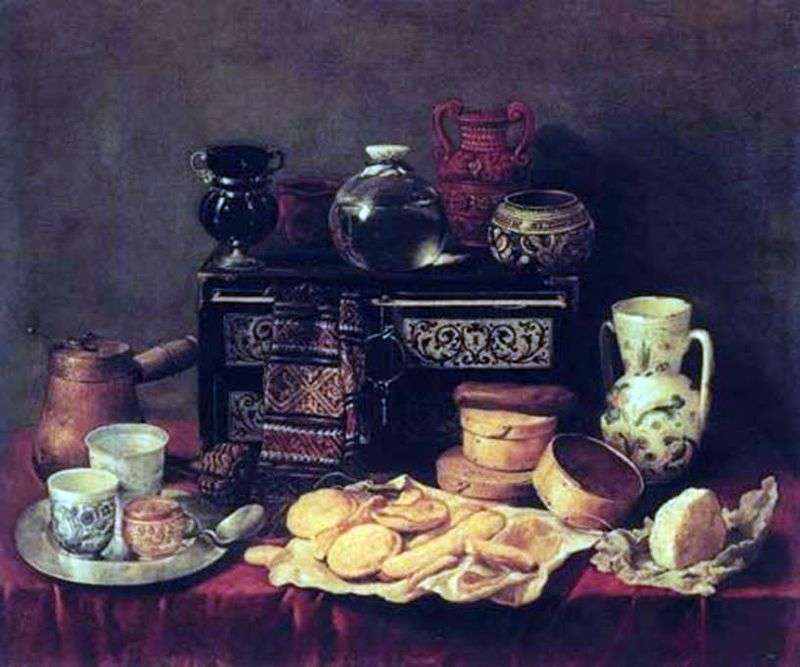 In the history of Spanish painting, Antonio de Pereda y Salgado is best known as a master of still life, but the artist also painted paintings on historical themes and religious subjects. He was born in Valladolido in the family of a little-known artist, he studied painting in Madrid from an experienced teacher P. Cuevas. The work of A. de Pered was shaped largely under the influence of the works of X. Ribera and D. Velasquez.

The interest in things surrounding a person, the ability to admire them and the tendency to think about the frailty of being made A. de Peredt a remarkable master of still life. From the artists of the Netherlands, he took the genre UapIaz, which is ingrained in his work. He wrote various versions of Uapgsaz’s still lifes, in which the world of things that personified power, wealth, and nobility coexisted with such objects as the skull, clock, globe, candle, etc., symbolizing the frailty of being, “vanity of things”.

The genre of decorative still-life with beautifully grouped, gracefully painted objects is also characteristic of the artist’s work. These works are devoid of moralism and are designed to decorate the interior. Other famous works: “Allegory of impermanence.” OK. 1650-1651. Museum of Art History, Vienna; “Capture of Genoa by the Marquis of Santa Cruz.” 1634. Prado, Madrid; “The release of St. Peter from prison”. Prado, Madrid.