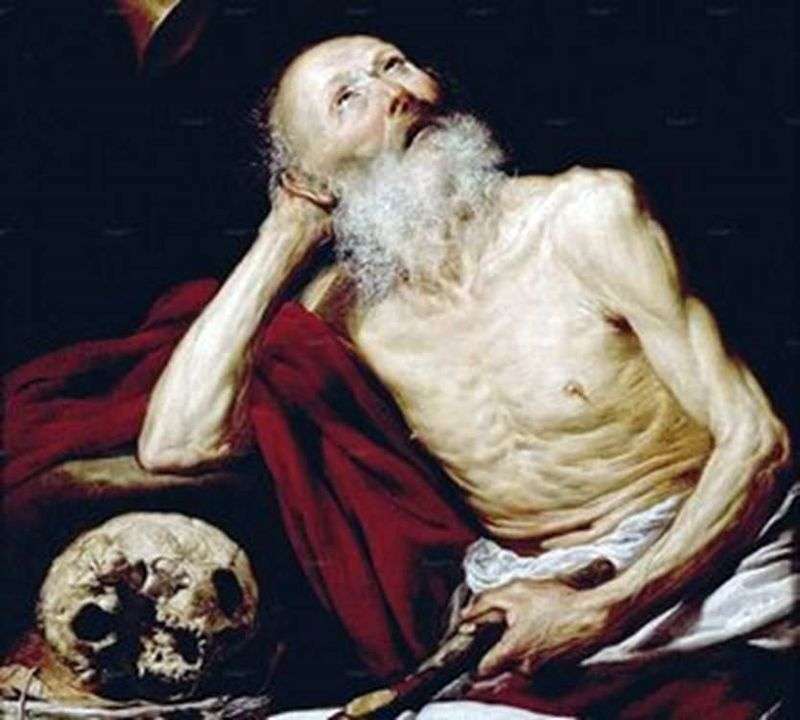 The Spanish painter Antonio de Pereda y Salgado was influenced by Ribera and Velázquez, painted on historical and religious themes. The hermit presented in the picture is depicted in accordance with traditional iconography. The attributes of Jerome – the book and the inkwell – are symbols of his literary works, since it is he who is credited with the first translation of the Old Testament from Hebrew to Latin.

In the hands of a hermit – a homemade wooden cross, in the corner is a stone. With this very stone, he beat his chest, trying to escape from the devil’s temptations. The trumpet voice on the left heralds the apocalypse, and the skull is a symbol of the frailty of all things. The theme of the end of the world is also connected with the picture of the Last Judgment by Dürer depicted on the page of an open book.