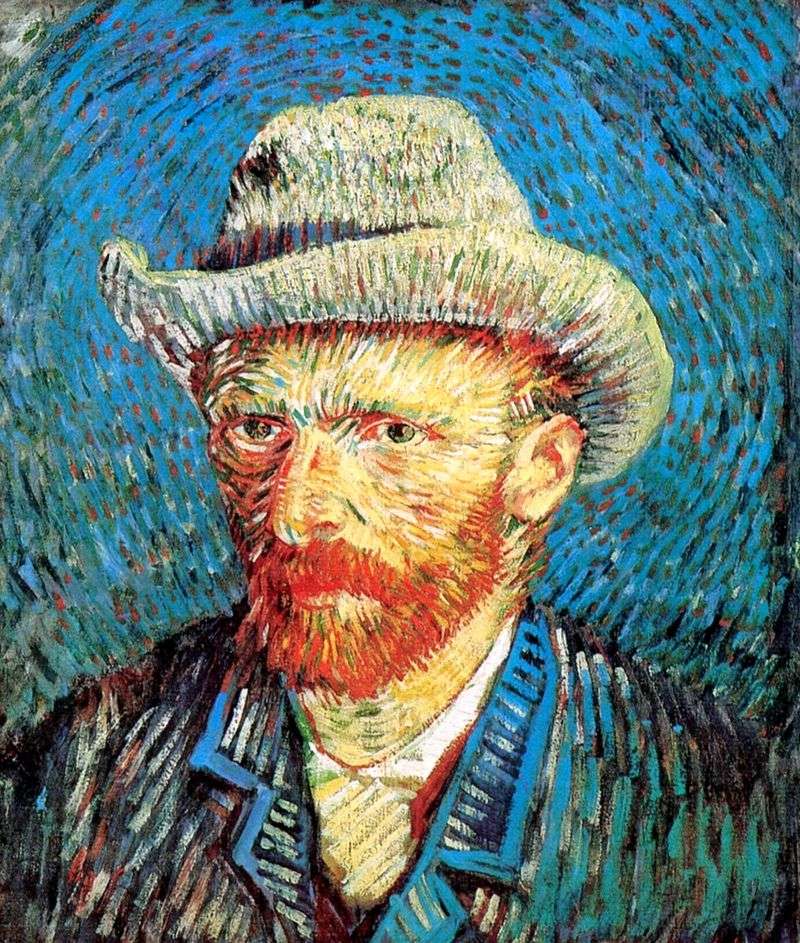 Van Gogh often used himself as a model for the practice of figurative painting. Parisian self-portraits serve as useful records of his picturesque experiments. In this self-portrait, performed in the winter of 1887-1888, there is no systematic use of a single method of applying paints. In the background, he used scattered colored dots and reduced the size of the smears.

The artist used separate types of marks for each area of the canvas. This diverse, almost graphical system of signs was associated with an object or an imaged texture. As for the face and head, the strokes are directed, consistent, due to

which they describe the planes and shapes to convey the structure and volume of the head or the texture and growth of the hair on the face.

The portrait tells us about Van Gogh in Paris. The image he presented, creating his own portrait in a business suit and hat, shows Van Gogh as a townsman. In Paris, he studied point-like pointillistic technique and learned to apply it in his own manner.