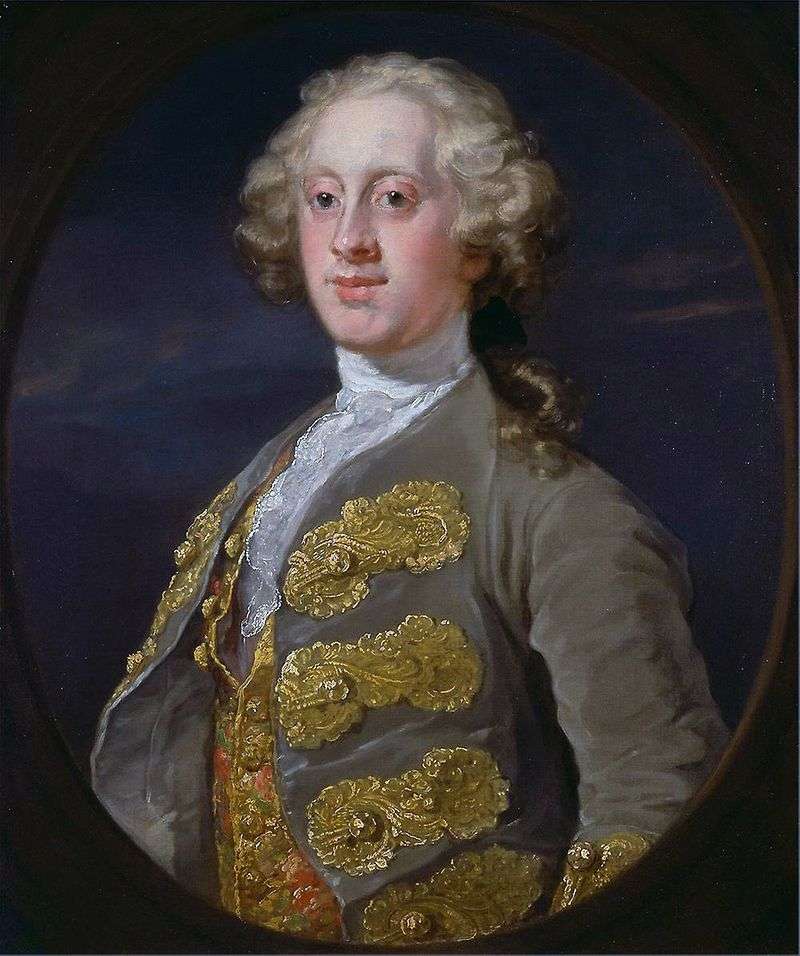 Hogarth’s fascination with portraits is not at all surprising. At that time it was almost the only genre of painting in which British artists could compete with the often invited masters-foreigners. However, the classic ceremonial portraits were a real torment for Hogarth, and he quickly switched to a “genre portrait.

Unlike many portraiture artists, Hogarth often wrote not only portraits of customers, but also people attracted to him on the street, regardless of their origin. He was equally enthusiastic about the “Portrait of William Cavendish, the Marquise of Huntington,” and a portrait of his servants. And one of the most living of his paintings is “The Girl with the Shrimps”, 1759.